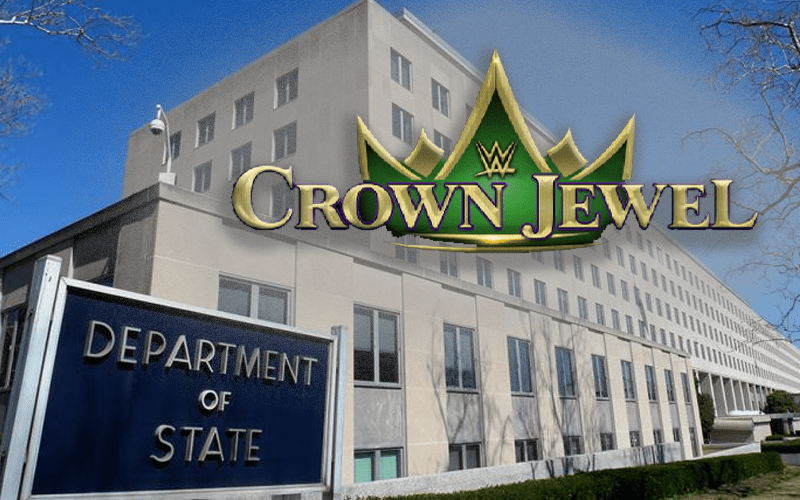 WWE’s latest trip to Saudi Arabia ended with quite a stressful situation. Superstars were kept in the country far longer than expected and some are saying it had to do with a disagreement Vince McMahon had over money.

Brad Shepard reported on the Oh, You Didn’t Know Patreon that this “power struggle” between WWE and Saudi Arabia might be very tricky and “only adds to the complexity of the situation.”

There is also a worry about how the United States might handle a situation like this with one of their allies. The U.S. State Department reportedly told WWE that they might not intervene.

There’s also concern around how the U.S. government may respond in a similar situation in the future as the State Department told WWE they may cease intervening if a situation like this happens again.

Hopefully, this situation doesn’t happen again. Plenty of top WWE Superstars have already told the company that they’re not going back to Saudi Arabia to err on the side of caution.