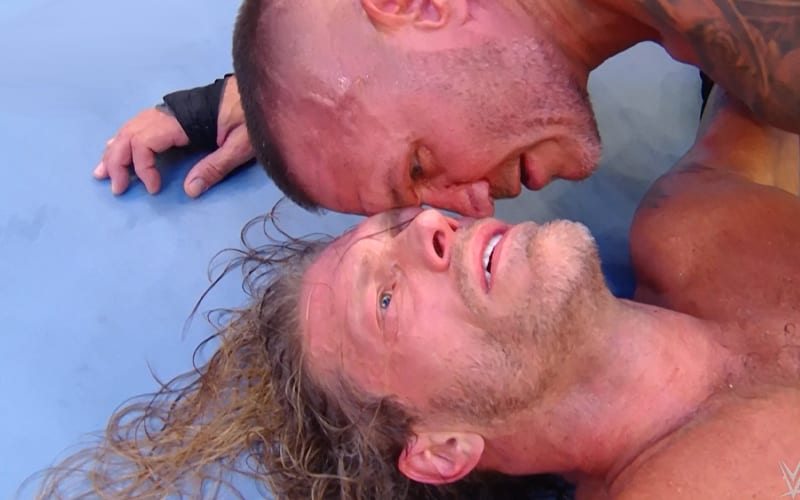 Randy Orton and Edge battled in the final match of WWE Backlash. Their contest was billed as the Greatest Wrestling Match ever, but how did fans react?

Edge and Randy Orton tore each other apart. The two long-time friends and foes took each other to the limit. Orton bled, Eddie Guerrero got a tribute with a 3 Amigos suplex, and there were plenty of near falls.

Ringside News exclusively reported that WWE was planning to hold Edge vs Randy Orton at SummerSlam. They rushed that match and did it at Backlash.

This match saw tributes to Triple H, Christian, and The Rock by using their finishers during the match. Bret Hart’s Sharpshooter was teased as well. Plenty of other hidden homages were planted throughout it.

Finally, after Randy Orton and Edge both kicked out of each other’s finishers twice, Orton pulled an old trick out of his toolbox: a punt to the head. This move helped Randy Orton obtain the victory at Backlash.

The IWC was full of opinions about Edge & Randy Orton’s match. Some people loved it while others weren’t fans. It’s debatable that it was the Greatest Wrestling Match ever because that is such a subjective statement.

Fans had plenty of say about the match and WWE pumping in crowd noise. You can check out some of the reaction to the Backlash main event below.