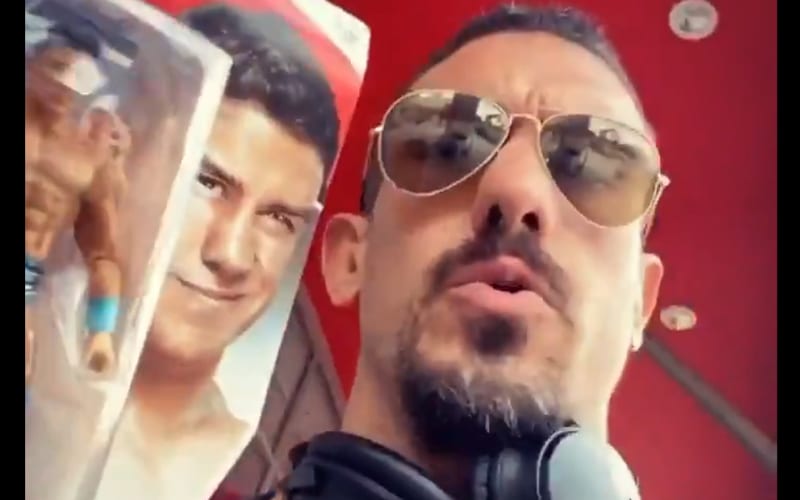 EC3 is no longer in WWE. If you want to think he’s bitter about it, then there is reason to believe that.

EC3 picked up the action figure and filmed himself paying for it. Then he promptly went outside and chucked it in the garbage can.

We’ll have to see what happens with EC3 at Slammiversary. He teased a pretty big debut days after his 90 day non-compete clause expires.