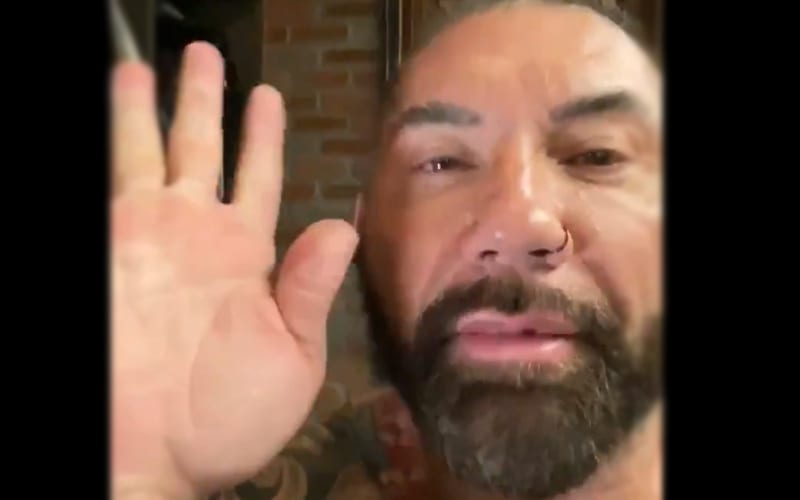 Dave Bautista isn’t a fan of Donald Trump, but you couldn’t tell if you just read the transcription of what Batista said in his latest video.

Batista dropped a video on social media mocking Trump by saying he’s doing a great job. The tone in his voice coupled by his previous statements about the President’s performance is also a huge clue that he didn’t mean any of the mocking compliments he offered the POTUS.

The former WWE Champion said: “Have a super duper day Donald Trump” in the caption of the video. Batista also asked Trump if he can be in Space Corps. Who better to join up than Drax The Destroyer?

The video ended with Batista saying “heil Trump” twice. Odds are The Animal isn’t going to get any special invitations to the White House.