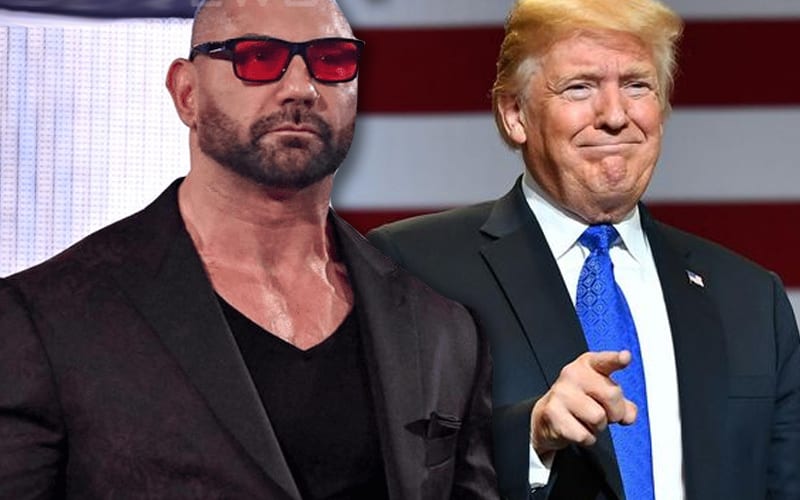 Batista is not a fan of Donald Trump. He has made no secret of this in the past. A current WWE Superstar tweeted out his support for Trump and he heard about it from Drax The Destroyer.

Jaxson Ryker tweeted out his support for Donald Trump saying: “Thankful for the @POTUS we have! God bless America. Built of freedom. Forgotten No More.” This resulted in a substantial amount of backlash.

Dave Bautista was tagged in a reply to this tweet and his attention was brought Ryker’s way. He responded to Jaxson Ryder’s tweet, but he went out of his way to not name drop the Forgotten Son.

I was talking about my peer who had the nerve to post that ignorant ass tweet. Supporting a #fakepresident who is inciting violence and posing with Bibles like he’s a decent human being. Speaking the words of a dictator while people are being gassed in the streets.

I’m just keeping him nameless because he’s a sorry ass motherfucker who I refuse to let ride my coattails. He gets no love from me. He gets no rub from me. And if he would like to discuss it in person we have enough mutual acquaintances that he will be able to find me easily.

Jaxson Ryker obviously won’t be trading Christmas cards with Dave Bautista. Let’s see if Ryker takes advantage of those “mutual acquaintances” that he shares with Batista so he can arrange a face-to-face meeting sometime down the road.