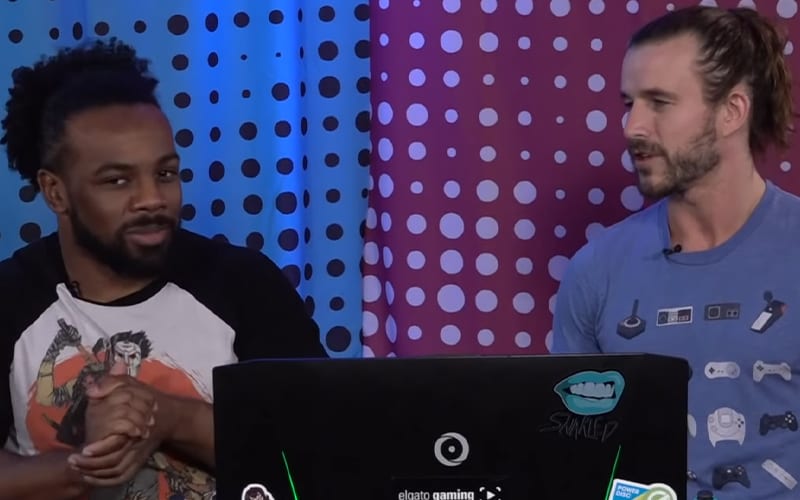 Adam Cole and Xavier Woods are very different from each other. The fact that they share the same first name in real life caused a bit of an issue years ago.

While speaking to The Wrap, Adam Cole told a great story. He was brand new in the pro wrestling business and then he got an email from WWE. They saw a tape of “his” and wanted “him” to come in.

Eventually, Cole saw the name on the flight schedule and he realized that they had the wrong last name. Austin Jenkins then sent a picture of himself and WWE wasn’t expecting to see him. Instead, they meant to send the invite to Austin Watson, better known as Xavier Woods.

I had been wrestling for like six to nine months at this point. I mean, brand-spanking new on the independents, I had, like, three months before, graduated high school. Just brand new. And I know I’m not a big guy, but I was even smaller then. Even smaller, no facial hair, just looked like a high school kid.

And I got an email saying, `Hey, we’ve seen some footage of you. We’re really, really impressed. We wanna bring you down to FCW for a week to try out.’ And I was like `Oh my God.’ I’m telling my brother, I’m telling my friends. And (the company) ended up calling me and talking to me on the phone for 30 minutes. 30 minutes, explaining, going, `This is who you’re going to be rooming with. This is when you’re gonna fly down. This is what you’re gonna do.’ And at the end of the conversation he goes, `And listen, I just want you to know, if you just show up, you work hard, it’s pretty much a done deal. Like, you just gotta not screw up. We’re that level of interested.’

I’m like, I’m getting hired, I can’t believe it.’ Then I get the email with the flight itinerary. Long story short, it’s the wrong name and I’m very confused and like, wait, what? I Google the name and up pops Xavier Woods. And I sent a picture of myself, I said, `Hey, this is me.’ And they went, `Oh my God, we’re so sorry. We’re gonna book you as an extra for Raw and SmackDown.’ How the hell did this happen? Apparently confusion is what’s in a name, or at least, in the name Austin.

Okay, so we both share the name Austin. So my guess is they just screwed up the last names by mistake. Funny enough though, the best part is myself and Xavier Woods became buddies at that point because a few years later, I actually did go down to FCW for a week to try out and he was there and he had known the story and I told him the story, and we laughed and kind of became buddies because of it. And now he’s one of my very good friends.

This had to have been a huge letdown at the time for Adam Cole. He was just getting started in the pro wrestling business and his road eventually brought him to WWE anyway. This just goes to show that you never know what you’ll find in your inbox that was accidentally sent.