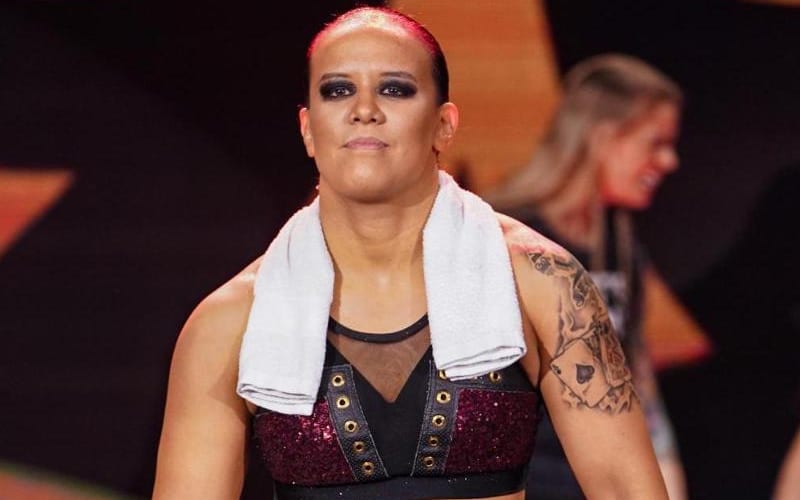 WWE will sometimes wait forever before making a much needed change. It took them long enough to move Shayna Baszler to the main roster. Now it is finally official.

Shayna Baszler’s official WWE Superstar profile now lists her as a RAW Superstar. This is very different from how her page appeared just a week ago.

Baszler was still listed as an NXT Superstar on her official profile as of last week. It appears this change was made on June 11th. We have done our internet investigating to confirm this to the best of our ability.

It is strange that Vince McMahon didn’t call for her to be added to the RAW roster until just recently.

Shayna Baszler was listed as an NXT Superstar when she was slated to win the Royal Rumble and Money In The Bank matches. This also included the time when she wrestled Becky Lynch at WrestleMania 36 for the RAW Women’s Title.

Baszler is a RAW Superstar, but the battle isn’t over. New creative powers in control could mean that she will remain off television due to her presentation.