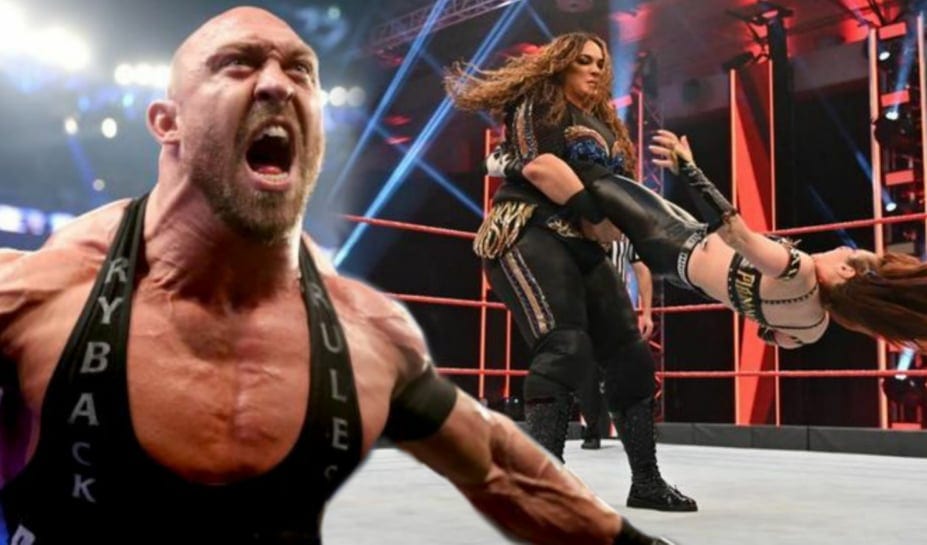 Nia Jax received a lot of hate from fans for botching a spot that injured Kairi Sane during their match on RAW two weeks ago.

Some people backstage reportedly wanted Jax fired from the company altogether for this. However, Jax has made it clear that she doesn’t care for people’s accusations.

Ryback talked about the spot on Shooting Blanks Wrestling Report With Raj Giri on RybackTV. The former WWE Superstar called out people blaming Nia Jax for injuring Kairi Sane and said that people outside the ring, mainly fans and producers, like to stir s*it.

Ryback said that if Nia Jax was truly dangerous to work with she wouldn’t be performing on TV every week.

Who has come out and said that, what’s the source that said this was Nia’s fault? This is bulls*** wrestling. Anybody in the back – these sh*t producers and people – they stir up sh*t all day long. I don’t have time for it. If Nia was truly as dangerous as what people want to believe, she would not be working every week on TV. She wouldn’t. She wouldn’t. If I was remotely dangerous, would I be working with all of these main-eventers? No, I would have been pulled out of it.”

Ryback said that wrestlers should have accountability and if someone like Mark Henry did the same move on him, he would have taken it safely.

Accountability. And again, you can take Mark Henry and let him throw me as hard as he f***ing wants into the steps, I’ll find a way to take it safely.

You can watch the full video here:

Do you think Nia Jax is a dangerous wrestler? Sound off in the comments below…