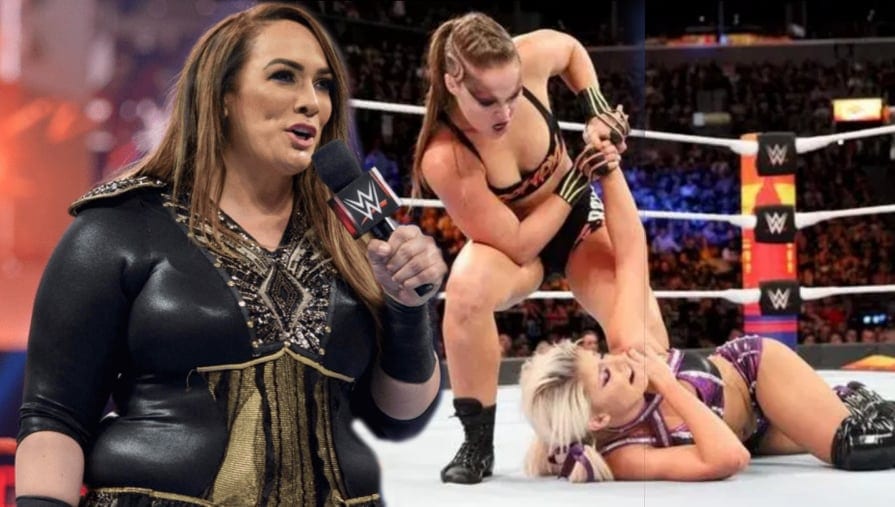 Usually, when the conversation is about in-ring safety Nia Jax is on the receiving end of criticism. However this time around, the tables have turned.

Back in April, during a live stream with other female WWE Superstars, Nia Jax talked about how she went to speak with WWE Management when a fellow wrestler was hurting Alexa Bliss in the ring.

Following this, many fans concluded that the Superstar in question was none other than Ronda Rousey.

While speaking to TalkSport, Jax was asked if Ronda Rousey was the person she was referring to on the live stream. Jax confirmed that it was indeed Rousey who was responsible for hurting Bliss in the ring.

Jax said that she believes Rousey wasn’t taking any liberties and that things just happen. However, she said that after seeing Bliss in such a situation she felt the need to stand up for her.

Yes, it was Ronda. I do not think she took liberties, I think things happen. And Alexa is very strong, she’s so strong willed and she doesn’t want to give up. She never wants to be told she can’t do something. So, for me personally, being such a close friend and seeing that she was trying to fight through this, I felt the need to stand up for her because she wasn’t going to do it for herself. In her mind, she thought she was doing something right, but I knew it wasn’t going to help her in the long run. We do have a really strong bond and on the flipside, working with Ronda, I always enjoyed working with her.

Jax went on to say that Rousey didn’t receive proper training and her UFC background gave her different instincts than that of regular WWE Superstars.

She also said that she knew she could easily work with Rousey since she’s bigger and stronger than Alexa Bliss.

She came in to the scene and she really didn’t get the proper WWE training that I was able to get at the Performance Center. So she had to learn things on the fly and her instinct is MMA/UFC fighting, so her instinct is to go somewhere different than where our instincts tell us where to go in the ring if that makes sense.

What do you think about Nia Jax’s statements? Write down your thoughts in the comments!