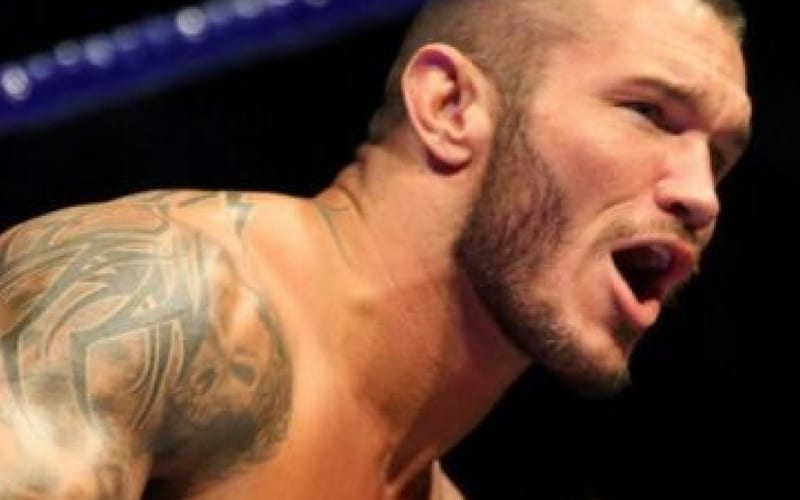 Tommaso Ciampa and Randy Orton recently started a little online feud. Vince McMahon might be upset by their interactions, but RKO could help anyone become a better performer.

During After The Bell, Randy Orton gave a nod to RJ City who recently said that every veteran in the pro wrestling business will simply say “slow down” when asked for advice. Orton admitted that he laughed because he is now that “old timer.”

The Viper watches NXT and he sees a lot of potential, but the overall advice he has is that they need to slow down.

“I’ve been watching a lot of NXT which I didn’t do before. They have so many guys who are talented. I don’t wanna bury anybody — well I do, but I’m not — I saw a match between two guys that did so much cool sh*t and as I was watching it I was just thinking in my head, ‘Oh if they would just let that breathe, you know what I mean? Let the fans at home get with it, it’s hard. Like we were talking about with no fans.”

“When the match was over my wife looked at me and she’s got a good eye for this sh*t too. She goes, ‘you know they did so much cool sh*t, but I can’t remember one thing specifically that they did. I was like, ‘yeah, that’s it!'”

Randy Orton has a lot to say. He is also a great person to provide that advice. Let’s see if he gets an opportunity to personally give those words of wisdom to the NXT Superstars who might need to hear what he has to say.