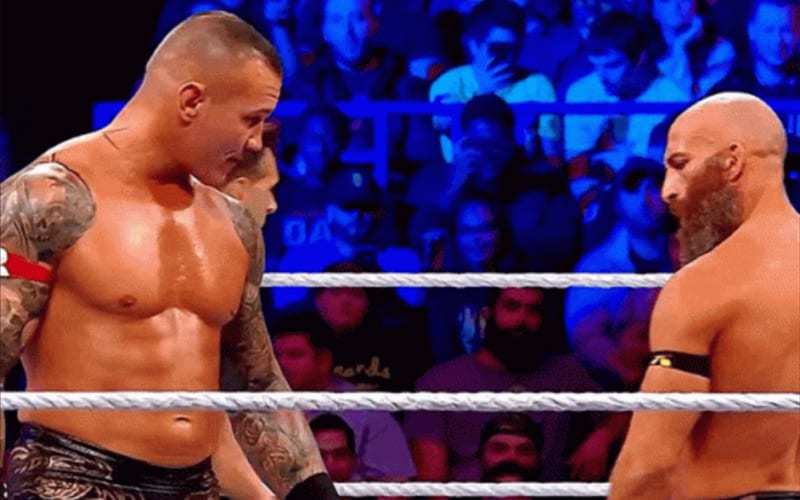 Randy Orton said something that Tommaso Ciampa didn’t appreciate. This was followed by Ciampa and Orton firing off a couple of tweets on the matter. Orton’s wife even joined the feud. Is there anything behind these social media interactions?

During Wrestling Observer Live, Bryan Alvarez confirmed that there are no current plans for Tommaso Ciampa vs Randy Orton. This is something that happened on Twitter and there is no intention of paying it off in the ring.

“Here’s what I know today, everyone. This was not done to set up a match. This was both guys — I’m sure they may have DM’ed each other and said ‘I’m gonna say this’ or whatever, I mean but nothing was done with the idea that Randy Orton and Tommaso Ciampa are going to have a match or that Tommaso Ciampa is going to the main roster — I’m not saying he’s not going to the main roster, but all of this is just like these two guys did something and now everyone is talking about it.”

You can never say never in WWE, but Tommaso Ciampa’s call-up doesn’t seem likely right now. We’ll have to see how things progress as time goes on, but Ciampa famously said that he would rather retire than leave NXT.