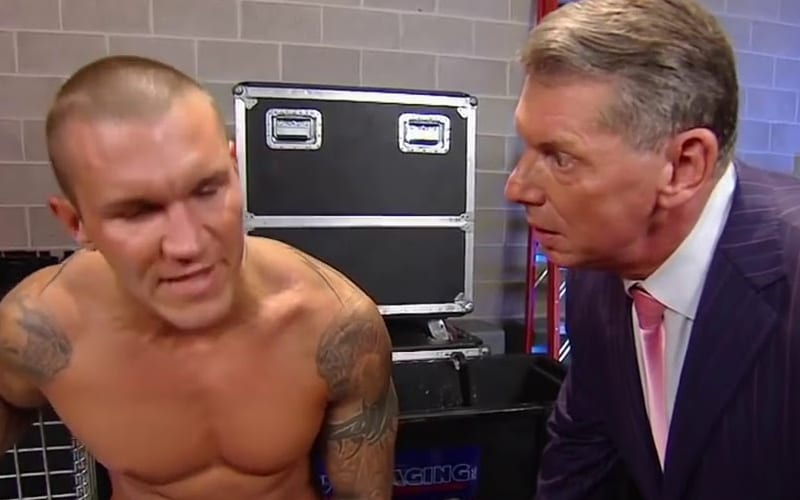 Randy Orton and Tommaso Ciampa started throwing some barbs at each other on social media. This resulted in some headlines, but a match might not be likely.

A report was released saying that Vince McMahon was actually irritated about Tommaso Ciampa and Randy Orton’s online bickering.

While discussing the idea during a teleconference, Randy Orton stated that he’ll wrestle Ciampa if Vince McMahon wants him to. In fact, The Viper stated that he believes he could help Ciampa make the most out of his career.

“Yeah, whatever Vince tells me to do, I am going to do it. If it’s working with Tommaso Ciampa then I’d be all for it, I think he’s very talented and there’s a few things I can help him with. Mainly, to help him get a little more out of his career.”

“I know he’s been plagued with injuries, but I also know he loves and respects this business. The NXT guys worry me because I see them doing such highly physical things during their matches, those things are dangerous and they wear and tear on your career.”

Randy Orton has been fortunate to have a long career with minimal serious injuries. He could probably teach Tommaso Ciampa a lot as the Sicilian Psychopath experienced one injury after another for years.

We’ll have to see if Randy Orton vs Tommaso Ciampa is in the cards. In the end, it all boils down to what Vince McMahon wants to do.