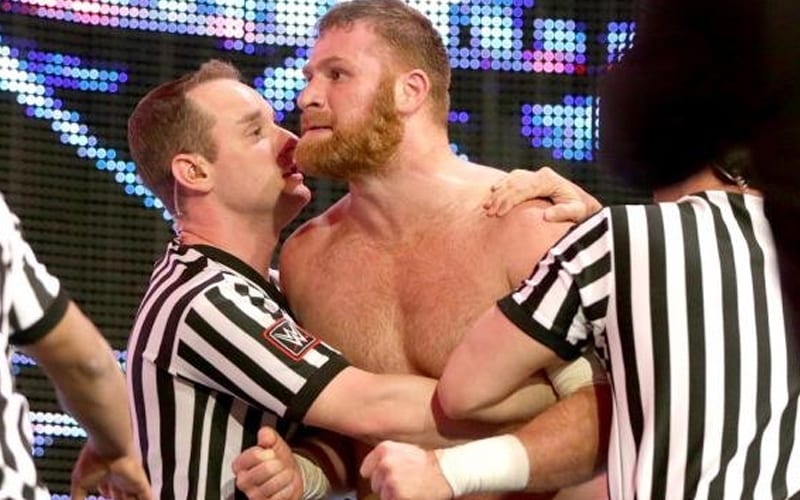 Sami Zayn is currently off television because he didn’t want to show up during the pandemic. This isn’t the only issue he has.

Ringside News exclusively reported that Sami Zayn can sandbag himself backstage, even with people who are trying to help him. This backstage attitude is nothing new and it has been reported on several times.

During the ARN podcast, Arn Anderson brought up Sami Zayn. He discussed clashing with Sami Zayn in the past. When something needed to be changed, Zayn wasn’t about it. He would fight with things that he considered “little,” but Anderson saw the larger components in what they were doing.

“No. Sami is a little too headstrong. Sami believes in himself but he also believes in his ideas. Maybe it’s because I clashed with Sami. Sami and I clashed quite a few times over what he perceived to be small things, but I always believed the small things are the big things.”

“When you have to help a kid who is fresh from NXT or from somewhere else that comes on the roster, and you are faced with x number of minutes in this position on RAW or SmackDown, as they agent, it is your responsibility to make sure that match is good and it reflects all the rules put in place by the boss, known or not known. You have to be involved in every little aspect of things that in the storytelling process makes sense.”

“In the course of that, you make it to gorilla, and your six minutes went to three. Are you qualified to tell the talent, you just lost three minutes. Here is what you have to take out. There is a lot more than just looking at a guy and saying thumbs up or thumbs down, six minutes. That’s the way it used to be when I wrestled there, thumbs up, thumbs down, and how long you have.”

“There is a lot more involved now. I just don’t think Sami is going to be patient enough or creative enough to be able to come up with a story that is completely different from the one you’ve been talking about all day.”

We’ll have to see when Sami Zayn returns to WWE. He is still under contract and able to do a lot in the ring. He might need to work on how he handles himself backstage before achieving everything possible for him in WWE.