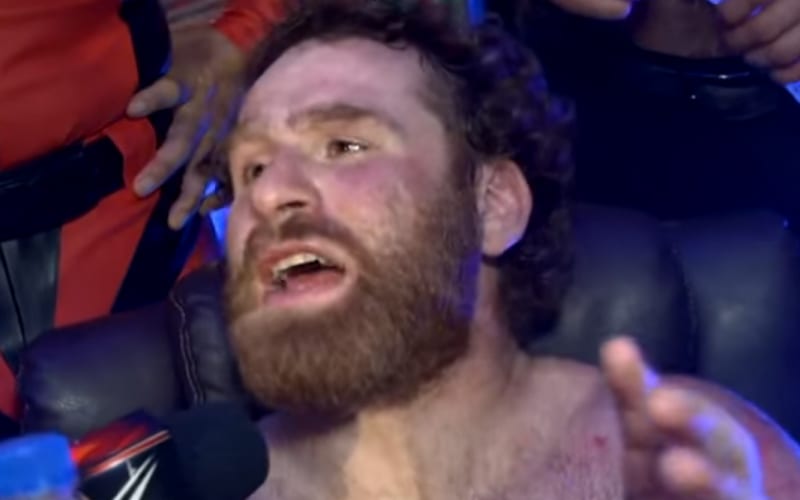 WWE is a complicated work environment and it takes a certain amount of talent, luck and intelligence to succeed.

Ringside News exclusively reported that Sami Zayn won’t be back on WWE television for a while. At this point, Vince McMahon is making a decision about what to do with the Intercontinental Title. The situation will be addressed.

We previously reported that Sami Zayn can be a handful backstage. It was also told to us that Zayn “likes to feel like he’s outsmarting everyone else, even when everyone is on his side” while trying to push him.

He has people on his side backstage despite being described as a “problem talent.” It seems that he wants to rile people up instead. It was also stated that this is now a Talent Relations issue.

The entire situation has become a problem as backstage staff are eager to “make him a bigger star.” WWE needs bigger stars and Zayn is a gifted performer, but it seems that he’s getting in the way of his own success right now.

In addition, it was told to us that Zayn “enjoys making [staff’s] lives harder when [their] lives are hard enough.”

We will continue to keep an eye on this story right here at Ringside News. Hopefully, WWE will figure out how to work things out with the former NXT Champion.

What do YOU think WWE should do about Sami Zayn? What’s his real problem?Sound off in the comments section below and give us something to discuss today!