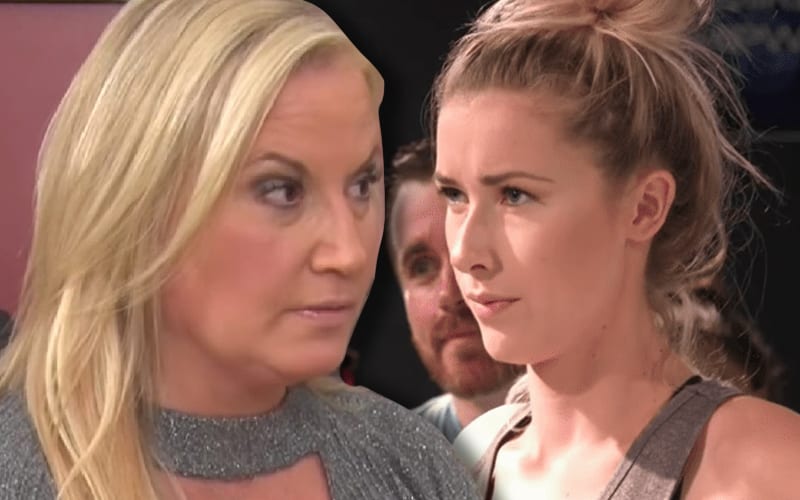 Jordynne Grace tweeted out “In a world full of Sunnys, be a Kevin Nash.” This was in reference to the controversial Black Lives Matters tweets that Sunny sent out on the previous night.

Sunny had a lot to say about Jordynne Grace and Impact Wrestling’s Knockouts division. This resulted with a reply from Grace.

Sunny and Grace traded tweets as they took shots at each other. Then Mick Foley’s daughter Noelle Foley chimed in. She didn’t appreciate Sunny’s remarks and came to Jorydnne Grace’s defense.

But she is none of those things. @JordynneGrace is strong, powerful, talented, and beautiful. And stands up for what is right. And the rest of the IMPACT women’s roster is extremely talented and beautiful as well. We should be lifting each other up, not tearing each other down.

Tammy Lynn Sytch replied saying that Grace was the one who started it.

I would be nice Noelle, but I’m not the one who made nasty remarks first. Those who live in glass hoses should not throw stones.

Sunny said a lot while hinting at calling a fan the N-Word. She also praised Donald Trump for calling in the Armed Forces to break up the protests.

When Sunny was told a few things about Jordynne Grace, she fired off a tweet calling her a snowflake.

So now I hear this bitch is always whining about something and even got a wrestler FIRED from TNA because she’s a sensitive snowflake. Now it makes sense. Good luck in this business honey, I hope you get eaten alive.

The Sandman told Knockouts that they shouldn’t be in the main event. This could have been what Sunny was talking about in regards to getting a “wrestler fired.” Grace wasn’t the only Knockout who was upset about what Sandman said.

One fan fired back at Sunny claiming that she had a cocaine problem. The WWE Hall Of Famer was quick to clear that up: “Never did coke. I’m an alcoholic. Get you facts straight.”