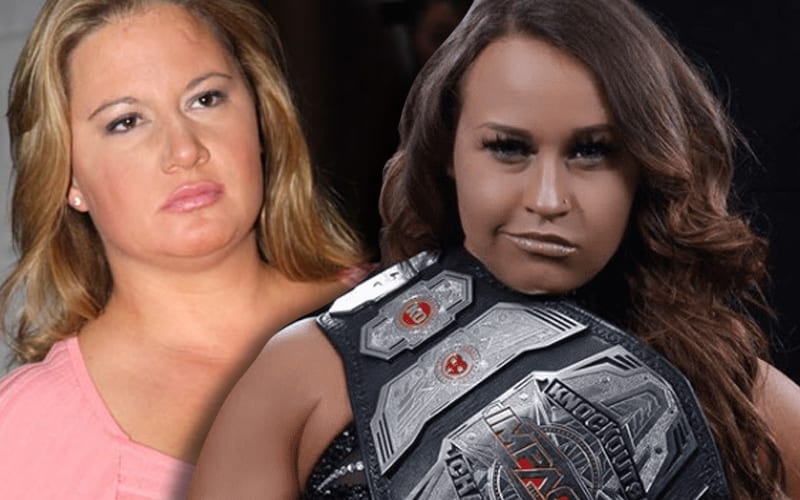 Sunny recently went off on Impact Wrestling’s Knockouts for some reason. Jordynne Grace had to reply.

The WWE Hall Of Famer asked when the company started hiring fat and short non-knockouts.

Since when does TNA Impact (whatever you wanna call that shit) have a division for short, fat, ugly non-knockouts? I’m so happy they are an equal-opportunity employer (even though they pay shit $). #EvenShortFatUglyGirlsDeserveAChance

Grace didn’t take Sytch’s tweet too seriously. She compared it to a middle school insult in a way, because it didn’t seem to bother her.

Y’all really think I care about being called short and fat?

I graduated middle school a long time ago

Jordynne Grace is the current Impact Wrestling Knockouts Champion. She also works incredibly hard and doesn’t appreciate having her division talked about in such a way.

Tammy Lynn Sytch has a lot of opinions and she’s not shy about sharing them. It seems Jordynne Grace doesn’t care what she has to say.