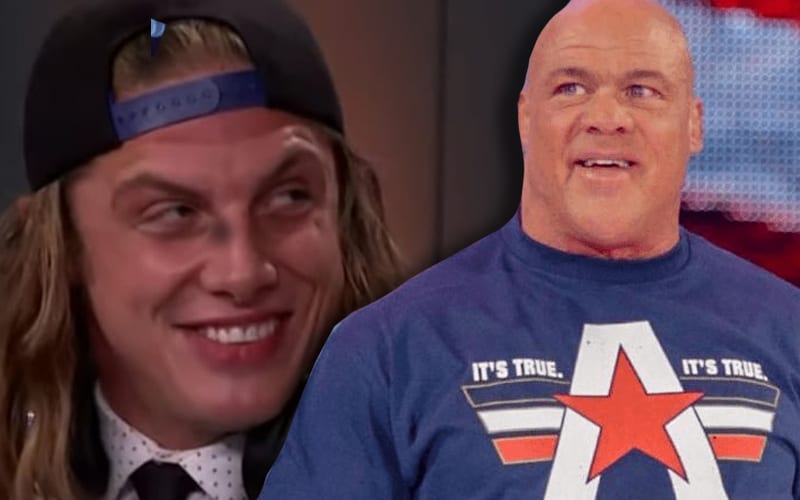 Matt Riddle is now on SmackDown and fans are ready to see him paired up in a number of great matches for the blue brand. He could have a WWE Hall Of Famer manager too.

While speaking to Tim Adams of CBR, Kurt Angle revealed that WWE offered him a job to manage the Original Bro. It didn’t take the opportunity for “different reasons,” but he would have loved to do it.

Angle might have turned down managing the King Of Bros, but he still sees huge things for Riddle in WWE

“I think that Matt Riddle is going to be one of the faces of the [WWE], he has all the ability. His personality is great. At first, it’s a little odd. But once you get to know him, he’s very likable,” Angle said. “And that’s what he’s going to get from the fans. They’re going to love this kid. And he proves it in the ring. He’s phenomenal in the ring. There’s no doubt about that. But his whole bro gimmick thing works really well. And he’s going to do extremely well.

“WWE has offered me a job to manage him. Unfortunately, I turned it down due to a few different reasons, but I would have loved to manage him. It just wasn’t the right time.”

Kurt Angle admitted that you can never say never about him coming back to WWE. As we previously reported there are a number a people in the company who highly expect to see Kurt Angle make a return sooner than later.