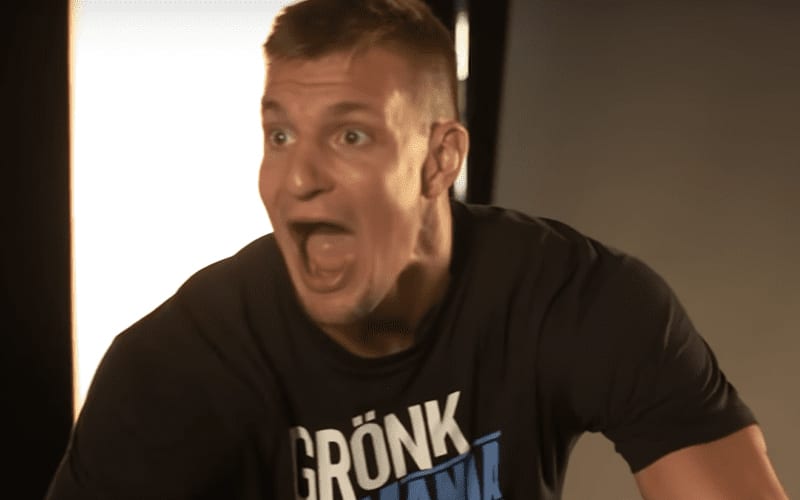 Rob Gronkowski and WWE parted ways, but it was mutual as Gronk exercised his release clause. It turns out that he won’t be missed too much.

Fightful reports that people they’ve spoken to “had negative things to say about working with Gronk after his WrestleMania fiasco.”

Gronk did a dive in the WWE Performance Center, but it wasn’t without protest. Vince McMahon had to perform a dive from the balcony because Gronk didn’t want to. This was the dive that leaked out which a lot of fans thought was going down at Money In The Bank. It was made pretty clear that Gronk didn’t have too many fans backstage after that.

There was heat on Gronkowski after his hesitation to do his scheduled spot put the WrestleMania filming two hours behind schedule. One top name on the roster called Gronk “A F*ckin’ clown who we are so much better off without.”

Gronk was on the RAW side and most people didn’t have to deal with him there. He was considered a “SmackDown guy.”

It was also reported that few people in WWE had to deal with Gronk in the past few weeks after his WrestleMania situation.