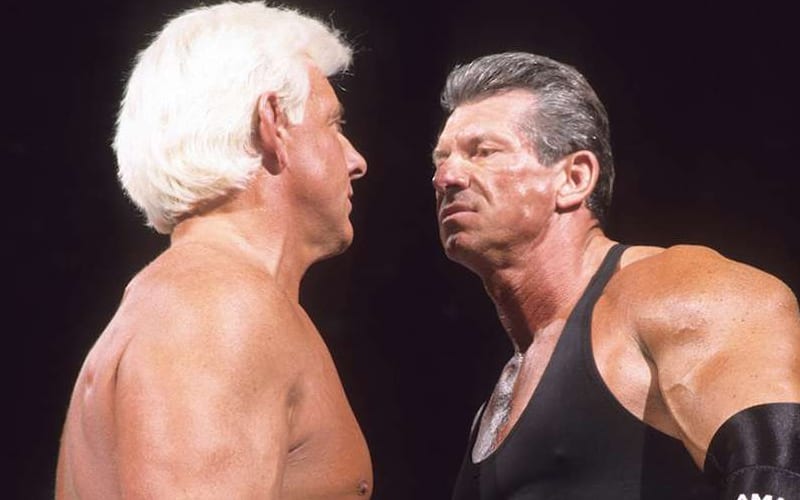 Vince McMahon and Ric Flair went to war at the 2002 Royal Rumble, but that match almost didn’t happen.

While speaking to Wrestling Inc, Ric Flair revealed that there was a time before the Royal Rumble that he didn’t want to wrestle Vince McMahon. He tried to get out of doing the match because his confidence was shot.

“I walked up to him when I first got there and I said, ‘Man, how do handle all of this?’ He said, ‘I can’t take time away not to handle it because 300 people are dependent on me every day.’ He was referring to talent, staff, office and that’s the truth. We’re all dependent on him even to this day. I am too as I just re-signed, so I’m dependent on him.”

“This wrestling business – whether you like it or don’t like it – is the most insensitive business in the world. We all get into it knowing full speed. Everybody gets their chance and if you don’t make it, you can’t find blame and need to look at yourself.”

Ric Flair and Vince McMahon did end up making WWE history that night. It took a bit of convincing before The Nature Boy made his way to the ring.