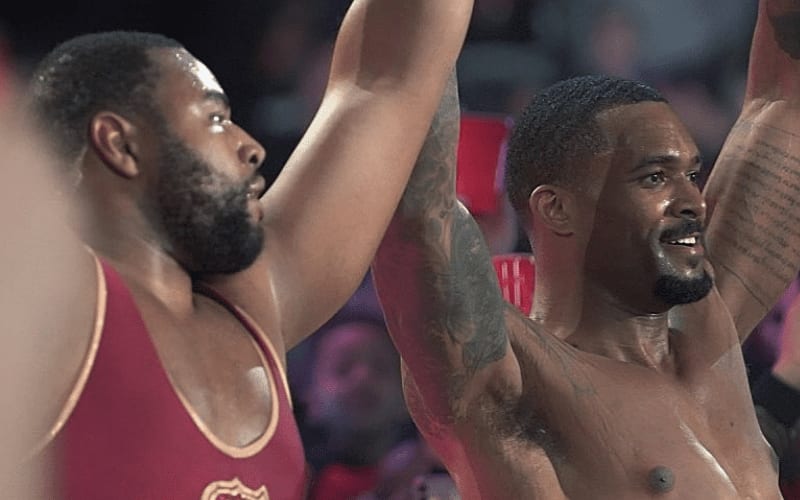 All good things must come to an end and that includes tag teams. The Street Profits are current RAW tag team champions, but that can’t last forever. Montez Ford realizes this, but there doesn’t seem to be a good time to end his partnership with Angelo Dawkins yet.

The Wrap recently spoke to Montez Ford about his career in WWE. He was asked about breaking up the Street Profits and when that time might be. It was a good question for Ford that he didn’t seem to have an answer for at the moment.

WWE will break up the Street Profits when they want to. Right now Ford and Dawkins are having a good run on top as they keep wanting the smoke.

Angelo Dawkins and Montez Ford also scratched and clawed their way through NXT to finally make it to the main roster. When they finally do break up, hopefully, WWE will make something interesting out of the angle. Who do you think would be the heel between the two? Sound off in the comments below!