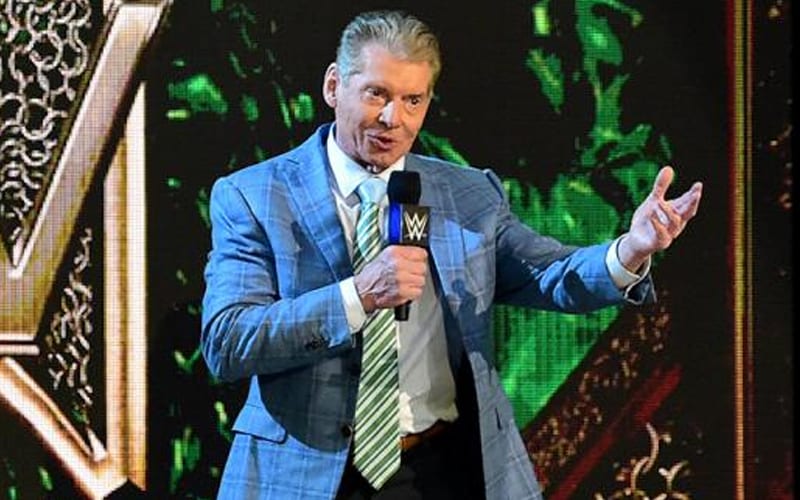 Vince McMahon knows what he wants to present on his television product. If someone needs a clue about how to get things done, Mr. McMahon is more than happy to demonstrate, even if that means taking a dangerous fall.

TV Insider recently spoke to Becky Lynch when McMahon came up in the conversation. She stated that he is “larger-than-life.” McMahon even very recently had to demonstrate how to fall off “a tower” so they knew how it needed to look.

“Vince is such a larger-than-life character. At the same time, I watched him the other day demonstrate falling off a tower at 74-years-old without a bother, brushing his shoulders off and standing up again.”

WWE just recorded their two Money In The Bank ladder matches at WWE HQ in Stamford. It’s very likely that Lynch was talking about the MITB tapings when trying to figure out a logical location for McMahon’s recent fall. Hopefully, whoever he was giving an example to was able to do it correctly.

Should WWE television include more Vince McMahon now? Sound off in the comments below!