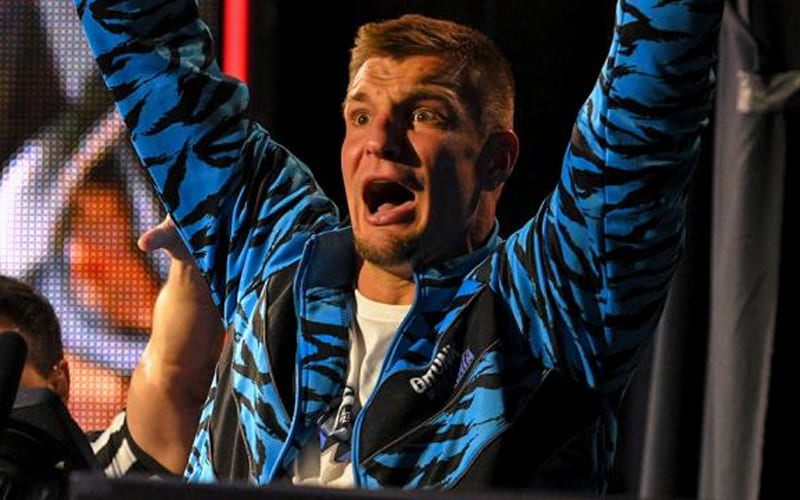 Rob Gronkowski is no longer under WWE contract. He decided to execute an out clause after his trade to the Tampa Bay Buccaneers. There is a reason why this had to happen, but Gronk was only booked for three WWE events to begin with.

During Wrestling Observer Radio, Dave Meltzer explained that WWE only signed Rob Gronkowski to work three events. He took care of WrestleMania, but Gronk was unable to work SummerSlam or WWE’s next show in Saudi Arabia.

“So the deal is that once he signed with the Bucs it was part of the deal that he can not do pro wrestling because he was signed to a deal. He was gonna do what he did at WrestleMania and he was gonna go to SummerSlam which was gonna be the big one. So he was gonna do the end of the year show in Saudi Arabia. That was the multi-event contract was those three events.”

It was also noted that no NFL team is going to let someone like Rob Gronkowski play for them and wrestle on the side. This was the end of Rob Gronkowski’s current WWE contract, but you can never say never about him coming back for a special appearance.

WWE’s next show in Saudi Arabia might need to be postponed due to COVID-19. Vince McMahon stated during WWE’s investors’ call that if they must miss a date then it will be tacked onto the end of their ten-year deal.