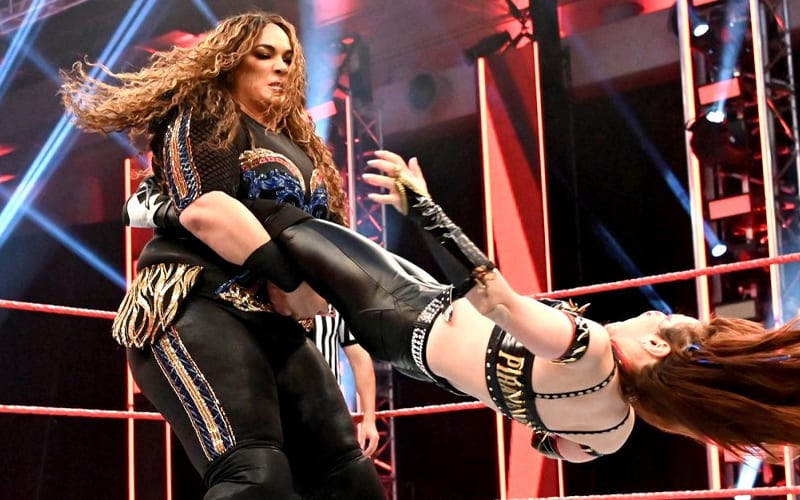 Nia Jax faced Kairi Sane this week on Raw, but their match was not ballet. Jax hit a bucklebomb on Sane, and she only hit the bottom turnbuckle. This caused a scary spot that looked like whiplash.

Click here for our full coverage of WWE Raw this week.

Plenty of fans grilled Nia Jax for this unsafe spot. Then the Irresistible Force tweeted out a video of the dangerous spot with a little threat for Ronda Rousey attached.

Since @KairiSaneWWE can’t anything about it, maybe @RondaRousey would like to try #Samoan4Real

Ronda Rousey is currently at home at Browsey Acres without any real sign that she is itching for a WWE return. Nia Jax threw some shade recently and a lot of fans thought she was talking about Rousey, but she didn’t mention Rousey by name. Now Jax is straight-up calling out the Baddest Woman On The Planet.

When do you think Ronda Rousey will make her WWE return? Should Nia Jax use this move in an attempt to get herself over? Sound off in our new and improved comments section!