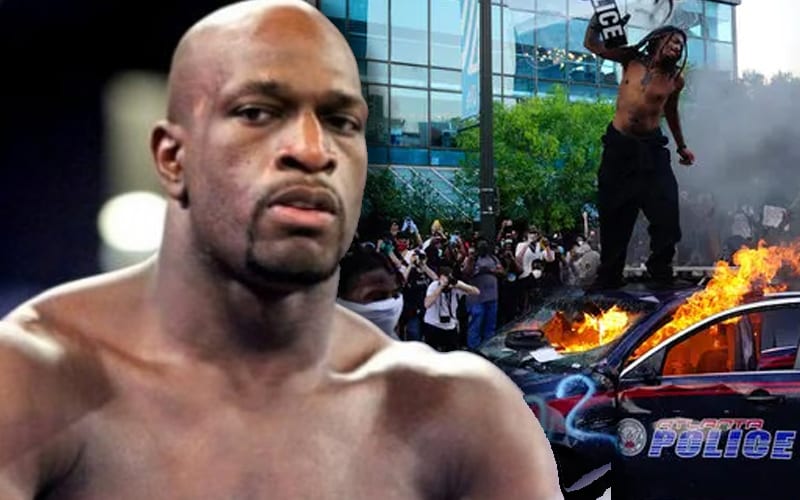 A call for change is sweeping across America. Protests started in the wake of George Floyd’s death at the hands of Minneapolis police. He was not the first to die unjustly by police and many are calling for a great reform of America’s social system.

Titus O’Neil spoke about the protests when they started. He voiced his helpless frustration on the matter and wondered how this will change the world for his children. O’Neil posted once more following days of protests that became violent. He does not condone the violence, but he understands. The looting is something he can not get behind though.

Dear Friends,
I know you want to help, It starts with acceptance of TRUTH. OUR KIDS, Grandkids, Brothers, Sisters, Mother’s and Fathers are NOT TELLING AND HAVE NOT BEEN TELLING YOU LIES. Our Truths need to be addressed, Your Truths need to be Addressed and once you hear our truths and work towards changing them, It is THEN THAT “WE” can change the World. When “Me” becomes “WE” Amazing things can and Will happen.
I don’t Condone the Violence, yet I understand.
I don’t Condone the Looting, And I’ll Never Understand.
I just want to LIVE…In a World where Lives Matter that Historically Haven’t and Voices are heard by people who seemingly have been Deaf for Far too Long

This is an uncertain time for a lot of people. Thousands of people are flooding the streets in many major American cities. Some are there for nefarious reasons to cause disarray and spark further diversions as Lance Storm brought up.

Titus O’Neil’s hopes are the same as so many. Hopefully, we can soon live in a world like the one he described.