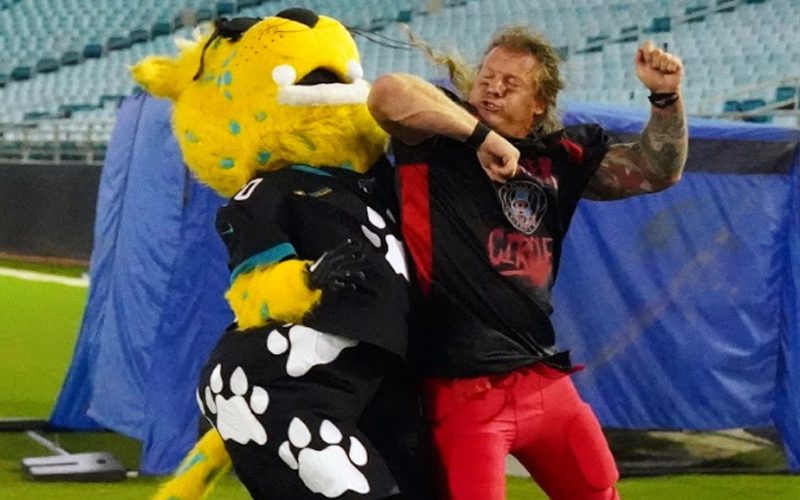 AEW Double Or Nothing concluded with a match that had never happened before that night. The Stadium Stampede Match could become an annual occasion on the AEW calendar eventually. Chris Jericho was very proud of the work they did, but it took a lot to pull off such an endeavor.

While speaking to ESPN, Chris Jericho discussed how much they needed to shoot in such a small window of time. This wasn’t like a movie where they had hours to set up for each shot. They needed to move quickly in order to pull off all of the shots needed to make the Stadium Stampede match a reality.

“When you film a movie, there’s weeks, months of filming, weeks and months of editing. All that different stuff. We filmed the entire Stadium Stampede in nine hours. From 9 p.m. to 6 a.m. Friday night to Saturday morning. And we had three hours to edit it before we had to take it to the truck. What we created in that time frame is monumental. We literally should win an Emmy for that.”

Jericho stated that they arrived at TIAA Bank Field on Thursday to lay out the possibilities. Once Chris Jericho saw the empty stadium, he knew AEW needed to spruce it up a bit.

They were performing in an empty stadium, but it could use some work to make it look better for Double Or Nothing. What AEW ended up pulling off was quite a wild ride as they exceeded expectations. Now he regards it as one of his favorite projects throughout his career.

“It was serious, it was dangerous, it was breathtaking, it was funny, it was creative, it was unique, it was adventurous. It really was more of a short film than a match. And that’s what we wanted. It’s one of my favorite things and one of the best things that I’ve done in 30 years in this business.”

Jim Cornette didn’t like the Stadium Stampede match at all. Chris Jericho had a very simple response to anyone who didn’t appreciate the match: they have no soul.

AEW could hold another Stadium Stampede Match whenever they like as long as the Jacksonville Jaguars aren’t using their home field. This could be an interesting option for AEW to pull out in case they need another Hail Mary main event.