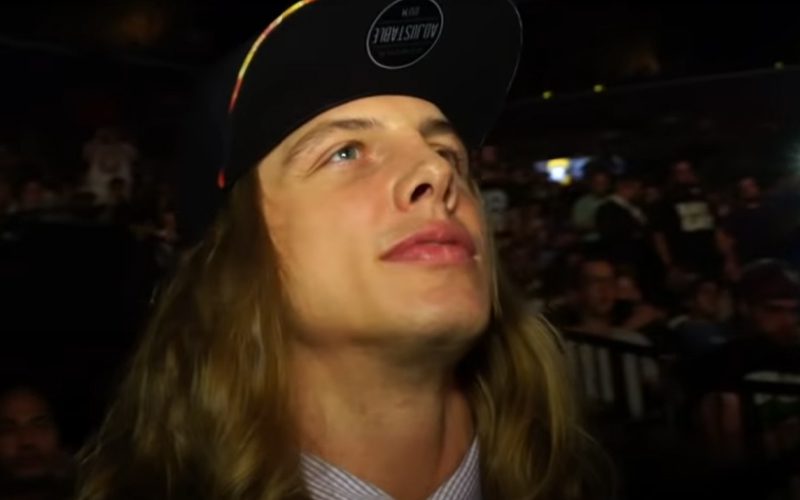 Matt Riddle is going to arrive on SmackDown. There are some interesting theories about why he isn’t going to Raw. We do know what he’s done so far on the blue brand.

Matt Riddle did film a video package. It’s likely that WWE will air that this week, but they always have the power to edit things which should never be forgotten.

Ringside News has learned that Matt Riddle came into the WWE Performance Center on Monday and spoke to the SmackDown higher-ups, writers, and other backstage staff. They got a feel with his character and discussed options.

We have heard nothing about him wrestling during the tapings. Matt Riddle had a brutal pit fight cage match against Timothy Thatcher this week on NXT.

The Original Bro seems to be a work in progress on the blue brand. It appears that Matt Riddle will get his big opportunity on WWE’s Friday night FOX show unless something drastic happens to change the situation.