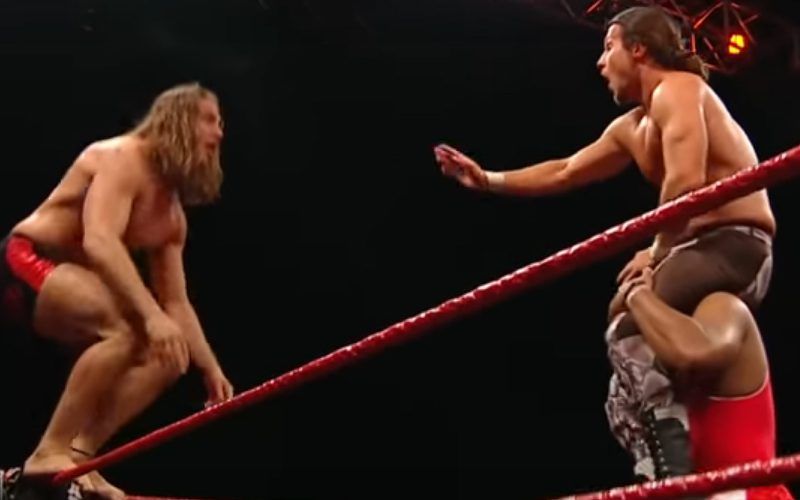 WWE has a lot of footage in their archives and they recently released a hidden gem. The Street Profits and Matt Riddle have yet to team on WWE television. Riddle is apparently headed to SmackDown while the Street Profits are on RAW. That doesn’t mean they haven’t already teamed up.

Montez Ford and Angelo Dawkins had a surprise to complete their trio for the 6-man tag match as they introduced Matt Riddle.

Footage from the Plymouth, England NXT UK tapings hasn’t been seen before in this way. It is interesting that WWE is letting more footage of Riddle out there given his expected debut on the blue brand tonight.

You can check out the clip below. They didn’t show the entire match, but it was certainly enough to get a feel for the amazing energy that they brought to England.