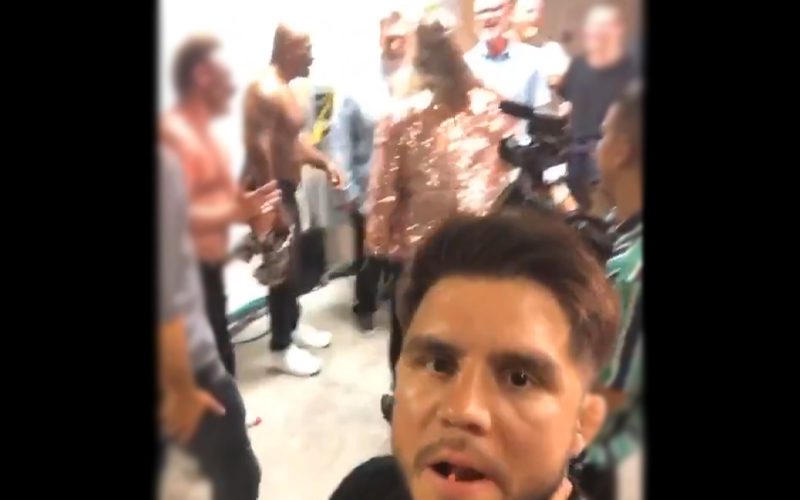 Mike Tyson showed up on AEW Dynamite this week to make some noise. He also had a target placed on Chris Jericho. After a brawl broke out, it made mainstream headlines, but it was all a part of the show.

Henry Cejudo recorded a video backstage at Dynamite. It appears that this was taken following the Dynamite pull-apart brawl. Jericho and Tyson can be seen in this video laughing it up as they enjoy each other’s company.

Mike Tyson loves AEW. He was backstage at Double Or Nothing last year and this year he presented the TNT Title to Cody Rhodes. He also got involved in this angle with Chris Jericho on the following night. He’ll be back as well which was a promise he made.

Iron Mike also made a promise to kick Chris Jericho’s ass upon his return to AEW. Odds are the two won’t be as friendly the next time they’re on camera together.