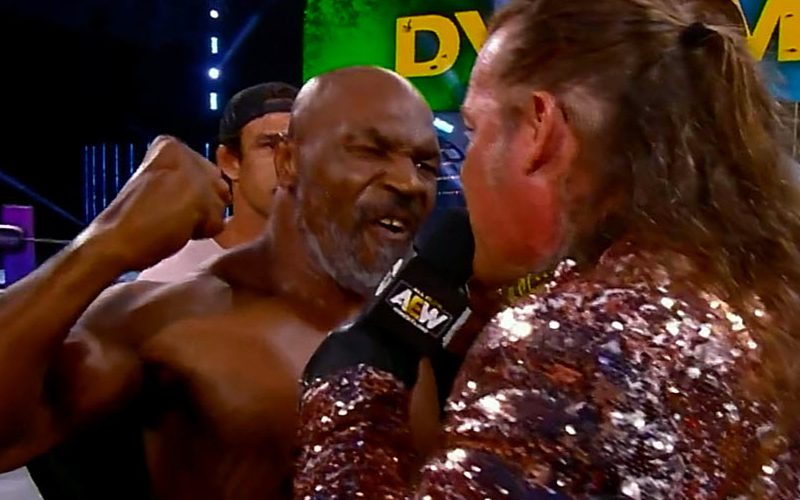 Chris Jericho and Mike Tyson had a run-in years ago in WWE. Le Champion hasn’t forgotten about that, but Tyson wasn’t ready to apologize at all.

AEW Dynamite ended in an Inner Circle Pep Rally. There was some Inner Circle silliness. Then they got down to business. The heel faction started calling out Mike Tyson and the Baddest Man On The Planet didn’t come alone.

Iron Mike Tyson entered Daily’s Place with Henry Cejudo, Rashad Evans, Vitor Belfort and more in his crew. Chris Jericho demanded an apology because he’s been dreaming of that moment for a decade.

Tyson didn’t apologize and said that he stood by knocking Jericho out years ago. This resulted in an all-out brawl between the Inner Circle and Mike Tyson’s crew of heavy hitter fighters. The locker room emptied to separate them, but the chaos was too much.

The brawl continued as Tyson approached the ring once again. It seems that Mike Tyson and Chris Jericho have some unfinished business.