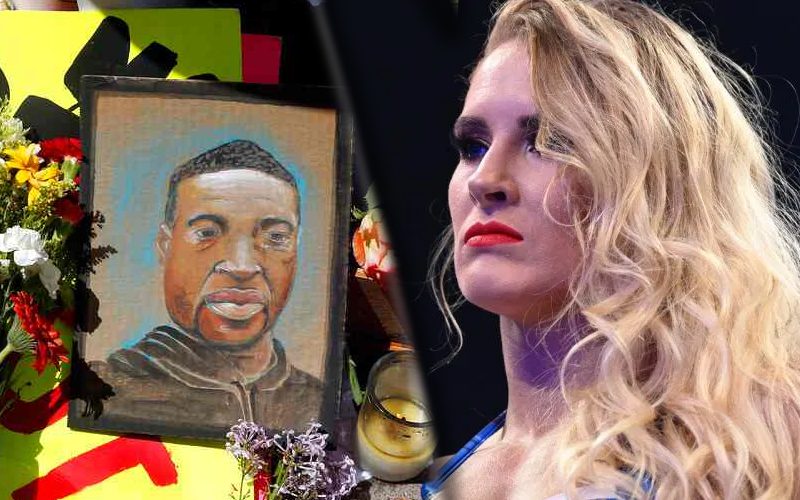 George Floyd died while in custody of Minneapolis police officers after being arrested on forgery charges. He begged the police officer to take his knee off the back of his neck while saying he couldn’t breathe. Lacey Evans tried to comment on this tragedy of injustice, but it didn’t turn out the way she hoped.

Jey Uso sent out an emotional message following the event. Renee Young tweeted out saying that she was sickened. Then Lacey Evans responded with a few emojis, but that wasn’t taken very well.

The Lady Of WWE tweeted out a crying face, a heart, and a globe in response to a tweet about how humans should learn how to humanize humans and make the world a better place without racism. Her heart might have been in the right place, but Evans received a slew of messages saying that emojis aren’t enough.

You can check out some tweets that she received below. A few fans supported Evans’ statement and understood what she was trying to say. Others felt as though she could have said and done more with her position as a WWE Superstar.