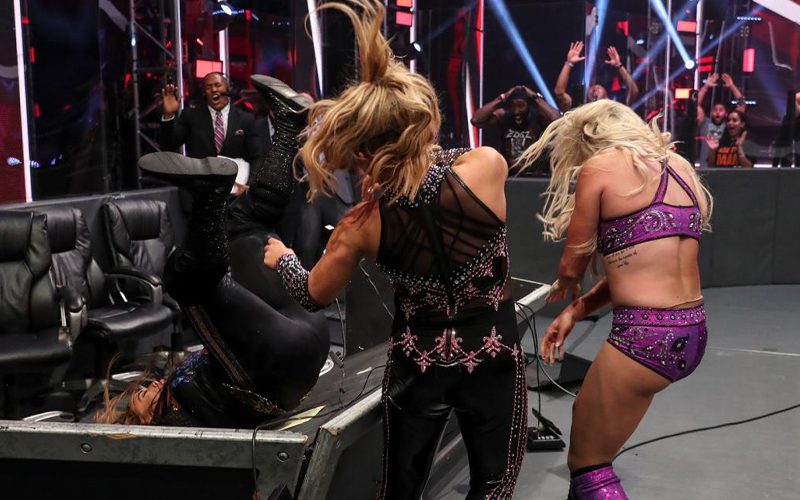 WWE brought a live crowd back to television this week, but they weren’t paying fans. NXT Superstars and developmental talent filled the roles as live fans and they added an element that was deeply missed from WWE television.

A few fans took digs at the crowd’s live reactions. They said that the responses didn’t sound authentic and even scripted.

Ringside News has learned that there were no scripted lines written for any NXT Superstar to shout out during the tapings. They had a daunting task to stand in one spot and react with enthusiasm and that is exactly what they did.

The live crowd were not given anything to chant or any directions of who to cheer for. There was nobody coaching them off-camera either.

The direction given to the live crowd was described to us as something along the lines of: “‘Hey everyone, keep the energy level up!'” Additionally, we were told: “Specific things to chant or cheer? No.”

The WWE NXT Superstars went through a long day of tapings like everyone else involved. They did get to sit down in chairs during breaks, but keeping that energy up for ten hours of television tapings would take a toll out of anyone. If things sounded forced at all it might just be due to the crowd’s own exhaustion.