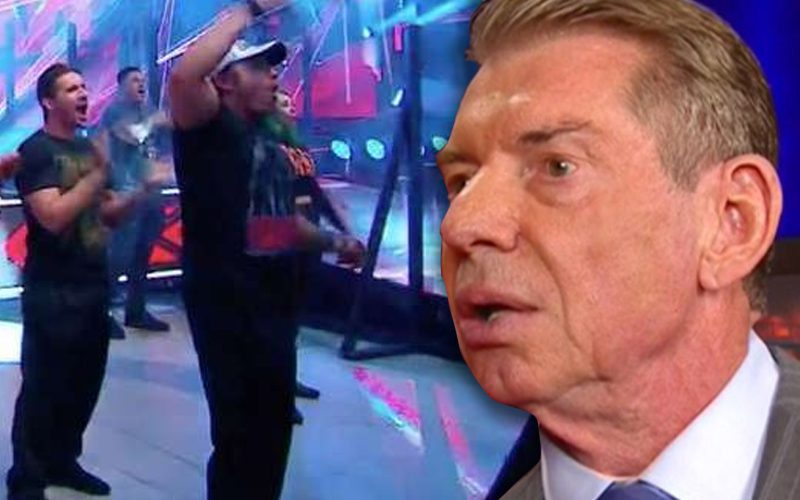 WWE brought back a live crowd this week, but they were not paying fans. NXT Superstars and WWE Performance Center trainees filled the role of a live crowd. It took WWE a while to finally bring in a crowd, but Vince McMahon had his reasons.

During PW Insider, it was noted that WWE didn’t want to present an “indie” look to their shows. Instead, they decided to hold the production in an empty building.

“One person described it as it ‘looking too indie’ to me like it would just look like there’s people milling about and it wouldn’t look like the sleek presentation that WWE prefers to have.”

Instead of wrestlers around the ring like AEW does, they positioned their audience members in a way that filled up the floor, but it kept everyone separate.

WWE also installed Plexiglass hockey boards which is something that AEW might need to do if they want to bring in live fans once again.

It took a couple of months, but WWE was able to figure out how to bring in a live crowd the way Vince McMahon wants it to be done.