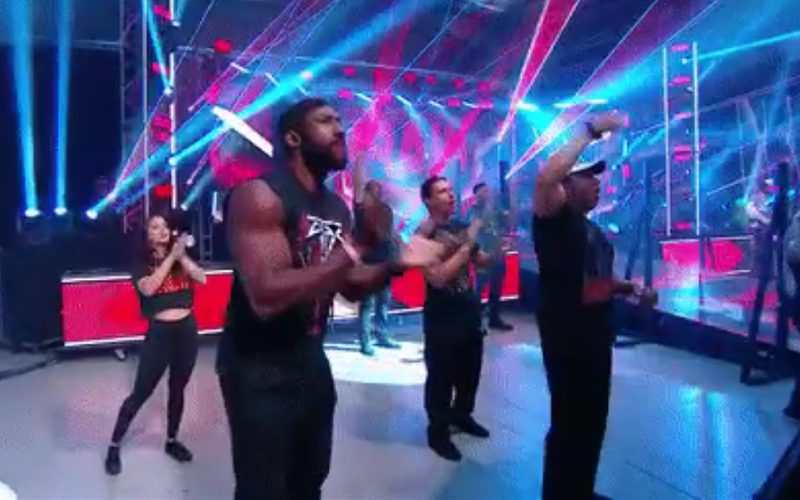 WWE brought in 33 Performance Center talents to serve as audience members this week for RAW and SmackDown. They might not have taken any bumps in the ring, but it was still a grueling experience.

We previously reported details on WWE changing their plans and having a 10-hour day of tapings yesterday. They’re doing it all again today.

PW Insider reports that WWE Performance Center students and NXT Superstars were spaced around the ring and stood throughout the tapings. This was a long day, but they did get breaks in between matches to sit down. Chairs were brought out for the trainees and NXT Superstars, but they “spent a majority of the day standing.”

It was described as an exhausting process for those who were tasked with creating energy for WWE all day.

It might have been grueling, but some trainees were happy to be a part of it since they weren’t doing anything else. The WWE Performance Center is closed for daily operations due to COVID-19. Getting a call from WWE to be in the crowd was much better than sitting at home.

Everyone who entered the WWE Performance Center had their temperature checked before they were allowed in the building. We previously reported that NXT Superstars were brought to an off-site location for a medical check before being taken to the WWE PC. Then they were taken back to their cars after the show.