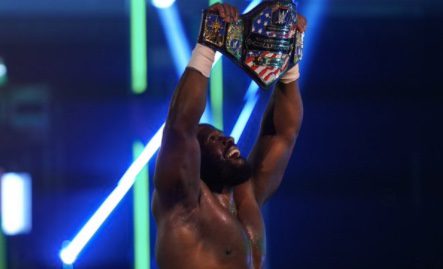 For years now fans have been clamouring to see Apollo make an impact on the main roster in WWE – and since the COVID-19 pandemic forced RAW and SmackDown to air behind closed doors, he’s done just that.

He’s enjoyed the kind of gradual incline that many expected of him when he first got the call-up from NXT, and last night, that rise to prominence culminated with him winning the United States Championship.

As you can imagine, he was pretty pleased with the victory.

The US title has been a prominent feature on WWE programming for many years, but it goes back and forth fairly often between being a useful tool used to push someone and a weight around the neck of the superstar who holds it.

Hopefully, for the sake of Apollo, he’s able to take it to new heights over the course of the next few months and beyond.