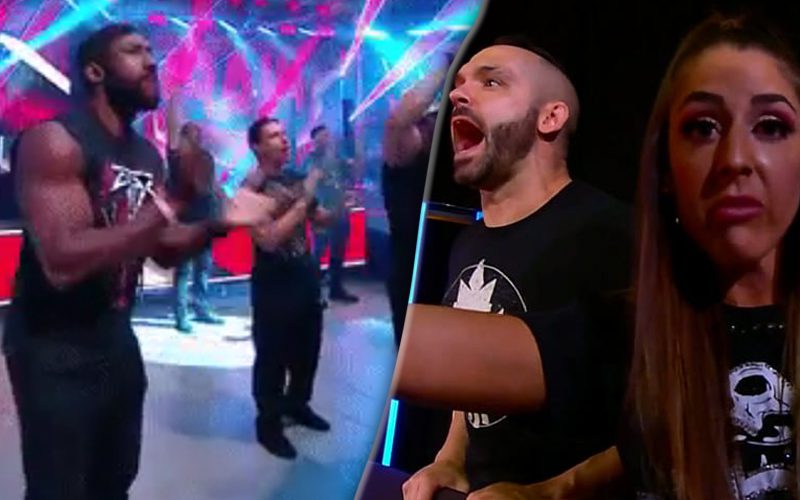 WWE brought back a live crowd for Raw this week, but they didn’t have fans fill the role at all. Vince McMahon’s company did it a lot different than AEW who consistently features a live crowd with wrestlers as they have since the COVID-19 pandemic started.

WWE had all of their NXT Superstars evenly spaced apart in the crowd. They were also standing the whole time and did not move out of their place. WWE recorded all day today at the Performance Center so there was likely a lot of standing in place involved with being an audience member.

The crowd was also identified by Kevin Owens in the first segment of the show as NXT Superstars. Such attention hasn’t been necessarily called to the AEW stars in attendance, It is widely known who they are as they are mentioned by name frequently if they are in the shot.

NXT Superstars all drove to an off-site location where they were medically screened. Then they were taken to the WWE Performance Center for the tapings and were brought back to their vehicles after the tapings.

It has yet to be reported what kind of medical screening NXT Superstars went through. AEW tests all of their crew and stars with COVID-19 swab testing.

The NXT audience for Raw and SmackDown spent a good amount of times in tents outside that were supposed to be air conditioned. We have heard that wasn’t the case, at least for all of the tents.