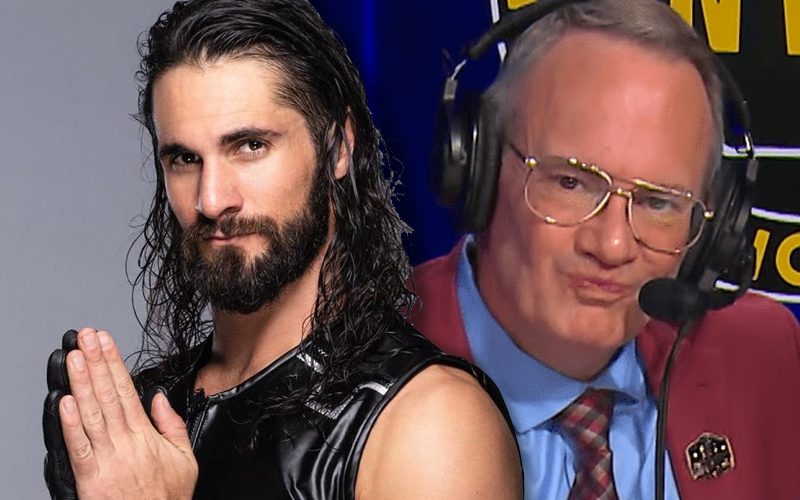 Jim Cornette didn’t approve of Becky Lynch taking time off to have a child. He let this opinion out on his podcast and brought a lot of attention to himself.

Seth Rollins responded saying that Jim Cornette hurt his feelings with those remarks. On a recent episode of Jim Cornette’s Drive-Thru, Cornette had a chance to address hurting Seth Rollins’ feelings. He didn’t mean to do that and he doesn’t understand how it personally hurt Rollins so much.

“When he said that it hurt his feelings he felt bad because I did not believe that I said anything that should have hurt Seth Rollins’ feelings and the bone of contention where I hurt his feelings is that I said bad things about [Becky Lynch] obviously that would hurt someone’s feelings, but let’s go back and see did I say anything bad about Becky Lynch as a talent or a person? I said she was the biggest female wrestling star and maybe the biggest wrestling star in the world because there ain’t a lot of male stars these days. That’s not bad.”

“I said she was a ‘Female Stone Cold’ that f*cking was a huge box office draw and was the most important member of the women’s division. I never said anything about her. Her looks? I think she’s a very attractive young lady.”

Cornette admitted that he did “paint a less than attractive picture of the physical effects of pregnancy,” but that’s all. He doesn’t know why Seth Rollins would have been so upset by what he said.

He went on to explain how much money is being lost by Becky Lynch’s pregnancy. The same would be true for any female in a top spot. He used Wonder Woman and Ronda Rousey as examples.

Jim Cornette did manage to get under the skin of more than just Seth Rollins with his comments. He doesn’t see what the big deal is.