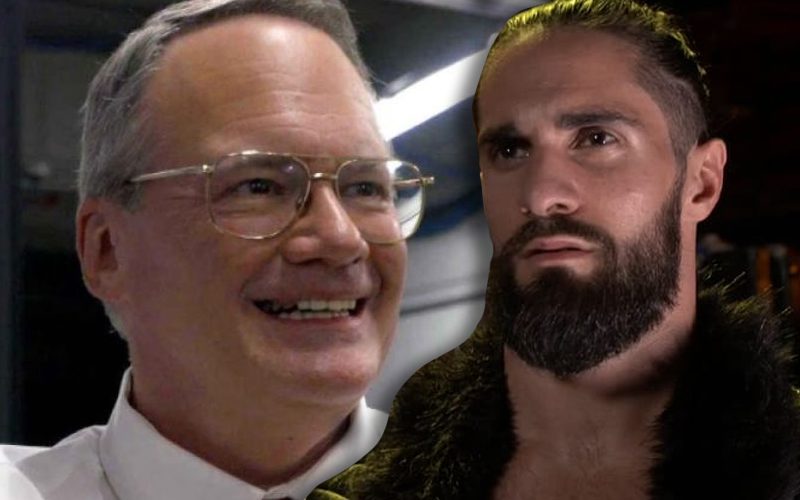 Seth Rollins and Becky Lynch are very happy about their incoming bundle of joy. Jim Cornette had a lot to say about The Man’s “Easy Bake Oven” on a recent podcast as he didn’t approve of her taking time off at the height of her career. Now Seth Rollins has responded.

While on After The Bell, Rollins said it hurt his feelings. He considers Jim Cornette as a legend in the pro wrestling industry. He went on to discuss how Becky Lynch is 33 and at 35 elevated risks start coming into play with pregnancies. It was her decision and Rollins is standing by The Man, his fiance Becky Lynch.

“It hurt my feelings on a personal level because Jim Cornette is someone who is a legend in our industry and he is someone that I have personally worked with in my time at Ring of Honor.”

“And for him to come out and say some real negative things, some real misogynist things about women in general and pregnancy in the industry, it kind of caught me off guard and made me lose a lot of respect for someone who a lot of people have kind of lost respect for.”

“This is something that I am so proud of my fiance Becky of what she is doing,”

“Look, she’s 33, so once you hit 35 you start running risks with these pregnancies, so she made an incredibly tough decision.”

“She is the most talented woman I have ever seen in my entire life and she’s going to be just fine being pregnant, making money, doing alright. So everything that Jim Cornette said is complete nonsense, not just for her but for women all around the globe.”

Becky Lynch said she is leaving WWE for a while. She did not indicate when she will be back. It is totally up to her because she is off to start a new chapter in her life.

Seth Rollins likely brings in plenty of cash with his top tier WWE paychecks that even if WWE wasn’t paying Lynch they will be okay.

On a side note: WWE IS still paying Becky Lynch during her pregnancy hiatus.