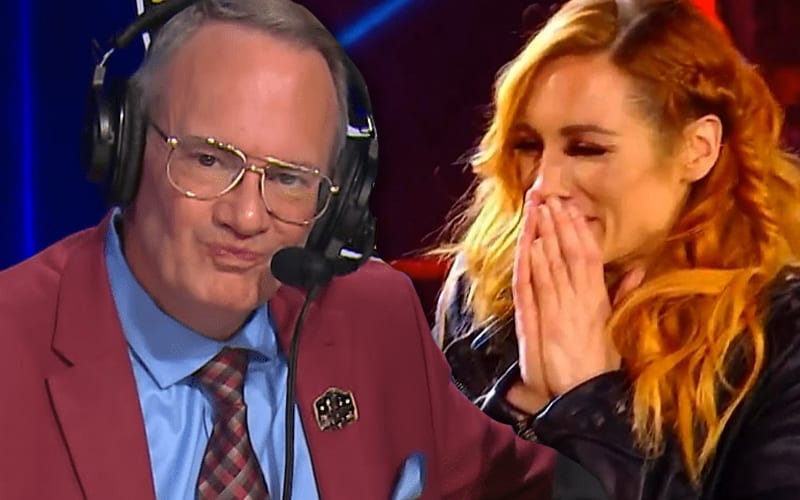 During The Jim Cornette Experience, Jim Cornette had a chance to address Becky Lynch’s happy news. Cornette isn’t too happy for The Man. He proceeded to berate her decision to become The Mom at the height of her career.

“You can’t always be on top of the wrestling business in a $1 million a year spot or more, but you can [have a baby] — what is she? Can she be 30? [Lynch is 33] Well, still she’s got many more years before the f*cking Easy Bake Oven gets shut off. She can have all those problems like a descended stomach and stretch marks and hemorrhoids and hormones problems and mood swings and all those other joys of motherhood later on WHEN SHE AIN’T MAKING A MILLION DOLLARS A YEAR!!!”

“She’s got plenty of time left. What would you do if your wife came home and said instead of making a million dollars next year I’m gonna basically just be a raging bitch for the next nine months and then give you more sh*t to worry about around the house?!”

Jim Cornette obviously doesn’t agree with Becky Lynch’s decision to have a child and leave WWE. The important part is that Lynch and Seth Rollins are very happy about this new chapter in their lives.

Cornette is no stranger to controversy. What do you feel about this? Sound off in the comments below!