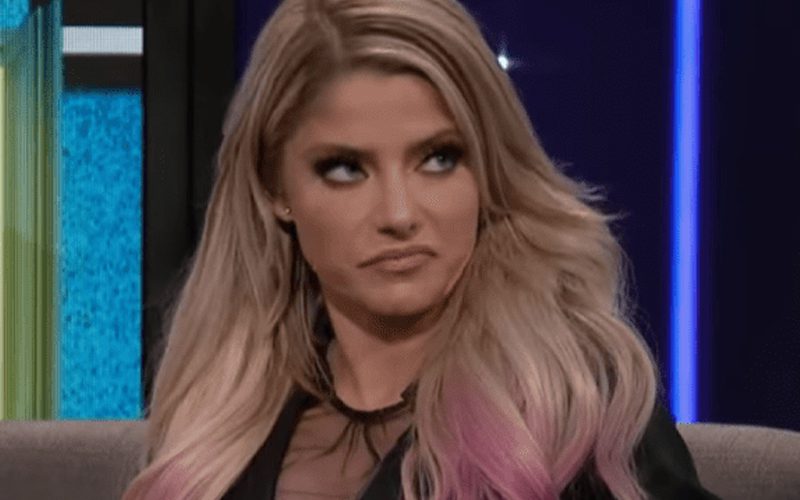 Alexa Bliss has a lot of support with WWE execs, but JD From NYC had some rather controversial things to say about her recently. Bliss didn’t like hearing it at all and she fired back in a big way.

Due to Alexa Bliss’ large Twitter following, plenty of people commented on JD’s jokes that Bliss just “lays there” in bed like she does in the ring. Paige fired back at JD and Sonya Deville suggested that she might like to fight the HOG Wrestling announcer.

JD took some time to watch the barrage of responses come his way and then he replied with several tweets. He stands by his words, and he regrets nothing. He pointed a light back on his accuser Alexa Bliss for playing a victim and claiming that she’s being bullied just to get a rile out of social justice warriors.

Ah, the pattern. Big “pro wrestler” plays victim, claims bullying & all the anti bully SJW’s proceed to bully who she tweeted about but please pretend your “anti bully”. You, and the show you’re performing on is terrible TV. I do what I do for people to laugh & understand that.

I regret nothing I say or do. I’ve had more people come to me, telling me that I have helped them through cancer treatments, death of family, marriages being lost, and being an inspiration to them to start their own platform but YOU won’t hear any of that HERE

You are a woman of power, and do nothing with it to make you, the act or the division better. You’re a selfish individual who doesn’t cares who succeeds around them but you and who you like. Instead of an IG selfie that will net 100K likes, be better at your PROFESSION.

In closing, thanks for the shout out on Memorial Day. The fact you know who I am and what I do is thumbs up in my book. Maybe one day I’ll say, “Guys Alexa Bliss had a great match and is making a difference in the division being better”

Until then…no wonder Sasha is better

The “no wonder Sasha is better” line was an extra jab to take. Bliss and Sasha Banks have well-documented backstage heat with each other.

This is a subject that JD doesn’t seem to be budging on. What do you think about the situation. Join the conversation in the comments below.