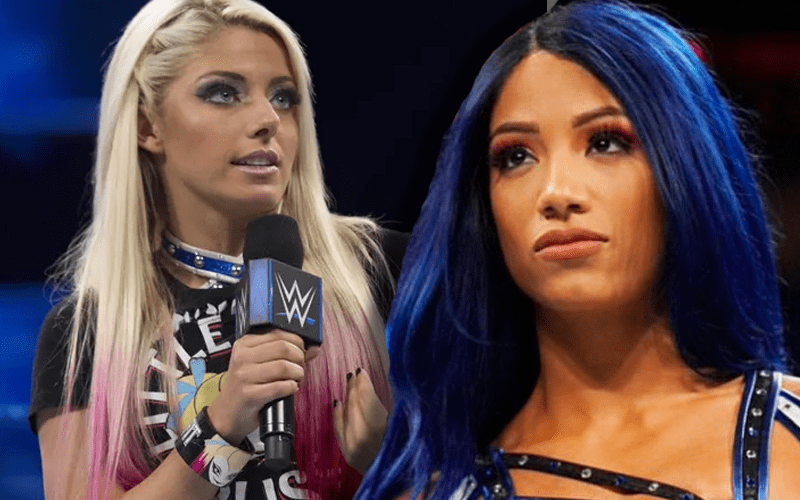 Sasha Banks and Alexa Bliss have been surrounded by rumors for a while because the word is that they don’t like each other at all.

We have heard previous reports that the two have needed to be kept separate backstage as well.

This week on RAW, there might have been some proof that Banks isn’t a fan of Bliss at all. During their match this week, The Boss took a shot at Alexa Bliss, but it didn’t really connect. Then Banks made sure to lay in a real straight kick right into Bliss’ stomach.

One fan called Banks out for taking a cheap shot on Bliss by putting out a short video of the spot along with the following caption:

Sasha Banks: I felt so bad about Paige, I would never try to intentionally hurt someone

Nia Jax has since retweeted this clip as well which seems to confirm the fan’s assessment.

You can check out the clip below to see what we’re talking about. There was certainly some real contact there as Banks kicked Bliss so hard it sent her into the ring post.

UPDATE: Alexa Bliss has now liked this video. So, that should be even more proof.