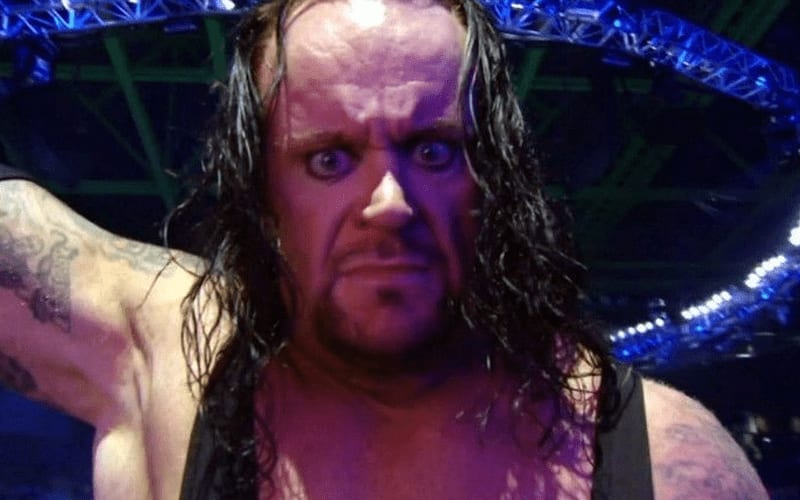 The Undertaker’s legendary WrestleMania winning streak ended when Brock Lesnar pinned him at WrestleMania 30. That put his record at 21-1 giving him a loss few thought he would ever take.

While speaking to Pardon My Take, The Undertaker revealed how long he wanted the streak to last. If it was up to him he wouldn’t have taken an L at the show of shows until racking up at least 25 wins in a row.

Yeah, on a personal level, of course. Selfishly, would I have liked to have gone 25, 26-0? Of course. I mean, that would probably have been the greatest record in all of wrestling. But, business is business, and sometimes you’re up, sometimes you’re down. The most important thing, after that one, afterwards, I mean, I was concussed. So, I didn’t even remember it. I was more concerned afterwards about my head to stop hurting and being able to come out of the dark for a couple weeks. But, the streak, it is what it is. I double-checked with Vince [McMahon], I said, “Are you sure that’s what you want to do?” And he was like, “Mark, if it’s not him [Brock Lesnar], who’s ever going to beat you?” And I was just like, “Alright. It’s your call, and if that’s what you want, that’s what we’ll do.”

The Undertaker now has two losses at WrestleMania. Roman Reigns came around later on and toppled the Dead Man three years after Lesnar did.

It might have been nice to see The Undertaker take his streak further. Michelle McCool was quite open about how she didn’t think her husband should have lost. Now we are waiting to see when Taker’s last ride will really happen.