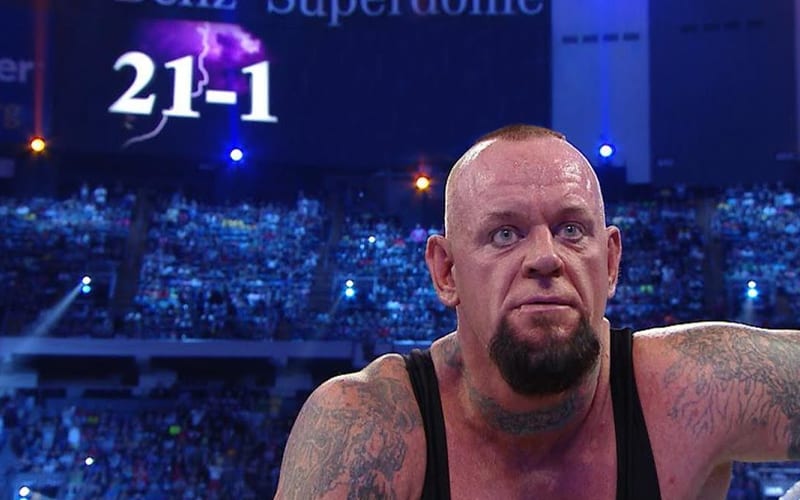 The Undertaker’s legendary WrestleMania streak ended when Brock Lesnar was able to pin The Deadman in New Orleans. Did Mark Calaway let his wife know it was going to happen?

While speaking to the New York Post, Michelle McCool revealed that she knew the The Undertaker’s streak was being broken, but she wasn’t told until late in the afternoon. Taker was okay with it, but she still doesn’t think it needed to happen.

“I did know late in that afternoon that was gonna happen. I couldn’t believe it. I don’t think it needed to happen. But, Mark was fine with it. People don’t understand he’s gonna do business. He understands that business is business.”

The Undertaker’s streak was given to Brock Lesnar to put him over. A few months later, Goldberg defeated Brock Lesnar very quickly. Lesnar later avenged that loss, but The Undertaker also defeated Goldberg in Saudi Arabia. In a strange way everything came full circle.

It’s still kind of hard to accept that The Undertaker lost in the way he did, especially since a concussion cause him to not remember a majority of what happened.

WWE wanted Edge to beat Undertaker at WrestleMania 24, but he refused. Do you think The Undertaker should have given up the streak? Sound off in the comments below.