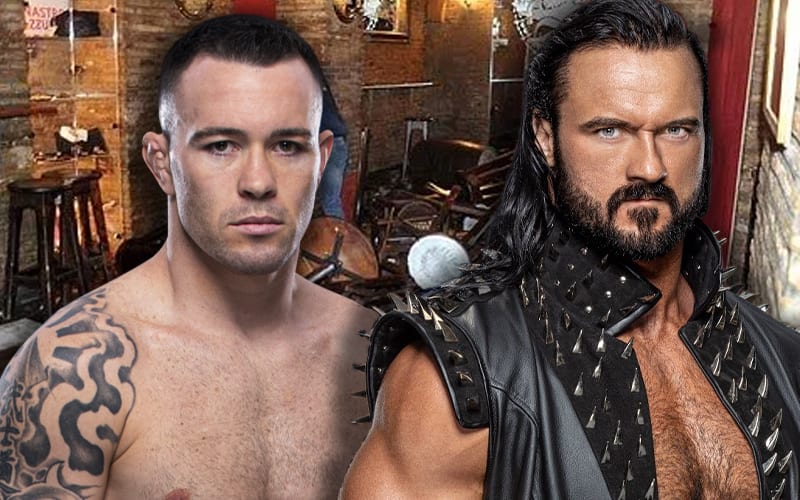 Drew McIntyre has a lot of eyes on him as WWE Champion. Colby Covington seems down for a fight and McIntyre is ready for anyone to step up.

While speaking with ESPN’s Ara Ocal, Drew McIntyre was asked about Colby Covington. McIntyre is more than ready for an unsanctioned fight if Covington wants one.

“If he wants this unsanctioned fight outside of WWE, I’m willing to fight him in a bar or something.”

McIntyre later added, “I’ll smash his head in, I’ll shut him up, I’ll break his jaw like Usman did… Colby, I’ll fight you, mate.”

Covington isn’t the only crossover fighter who wants to meet McIntyre in a match. Tyson Fury also seems very excited about the idea of taking on Drew McIntyre.

It sounds like Drew McIntyre is ready to take on Colby Covington and Tyson Fury. Let’s see if they can arrange a meeting of the minds. The King Of Claymore Country is willing to take the fight where ever anyone wants it.