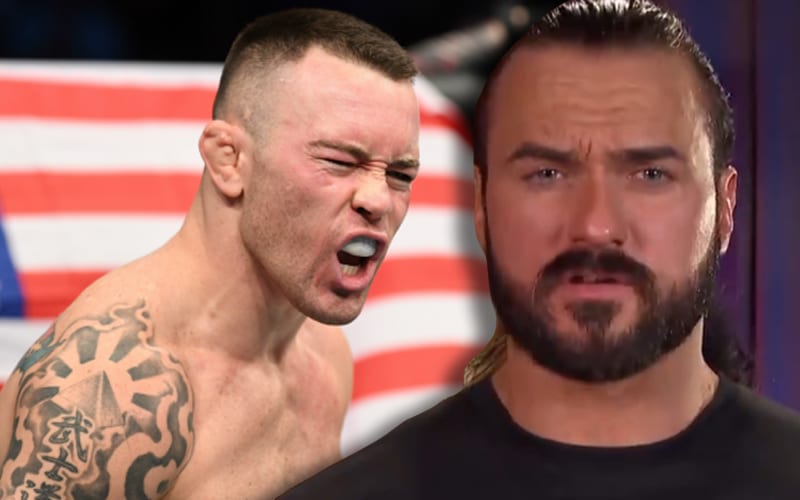 Colby Covington has thrown out his interest in joining WWE. He is pretty confident that he could have a successful run in sports entertainment. Drew McIntyre is currently the top Superstar on WWE RAW and Covington thinks the WWE Champion would make a fine opponent for him.

While speaking with Submission Radio, Colby Covington explored the idea of facing McIntyre in a WWE ring. He also threw out the line saying he “wants to make wrestling real again” which he used in his previous interview about coming to Vince McMahon’s company.

“So, I just think I can beat any man alive right now and I’m the best in the world, so they need to let me go over there and make wrestling real again.”

WWE has invited plenty of cross-over athletes to perform for them in the past. We’ll have to see if Colby Covington will eventually manage to get a big WWE payday out of all this effort he’s putting into displaying his interest.

Do you want to see Colby Covington in a WWE ring? How would you book him? Sound off in the comments below!