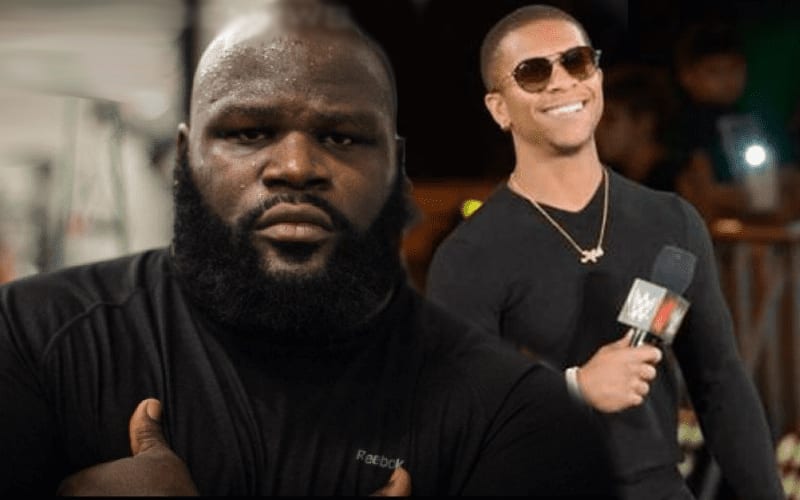 Lio Rush fired off some tweets at Mark Henry in response to some older remarks Henry made about him on Busted Open Radio. Henry isn’t backing down from his words about Lio Rush. This was met by Rush receiving an invitation to hash things out on the air.

Henry addressed the Lio Rush situation on the show. Mark called himself “wrestling royalty” and said his name is spoken very highly of, which it is. Lio Rush is saying that Mark Henry puts other African American Superstars down.

“There’s a reason I’ve been around for 24 years and never been fired,” Henry stated. Then he revealed the existence of an elite group of African American wrestlers that he founded. They are called the Delegation, and they wanted to know if they needed to come at Lio Rush.

“I have founded a group called The Delegation. It is all of the elite African American wrestlers around the world. The conversation last night was about you, Lio. They were like, ‘do you want us to come for him?’ What did I say? ‘No, don’t come for him.'”

It sounds like Mark Henry could have decided to make Lio Rush’s life much harder on him. He called off his Delegation instead of letting them come for The Man Of The Hour.

Mark Henry advised Lio Rush to “drop the attitude.” He said “it’s not about race, it’s about being a man.”

The World’s Strongest Man said “I’m untouchable and I am arrogant to an extent,” but he will stand by his words because “you will arguably never know anybody that knows as much about this business than I do.”

Mark Henry doesn’t sound like he’s messing around. Who do you think is in the Delegation? Sound off in the comments below!!