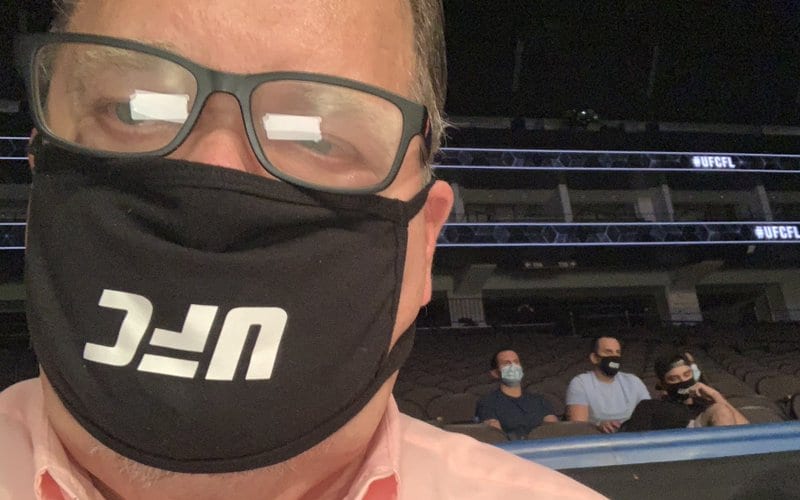 The UFC isn’t letting any fans into their events. That edict doesn’t apply to Jim Ross.

JR flew in to Jacksonville for the AEW television tapings. He isn’t going back to Oklahoma in the meantime and is staying in Jacksonville. Since UFC held their event in the same city which aired on ESPN 9, Jim Ross was able to stop by.

The WWE Hall Of Famer posted a picture of himself with an official UFC mask on. He also tagged the event. It was quite a surprise to see him in attendance.

Jim Ross had a mask over his face, so he was protected. He also tested negative for COVID-19 during AEW’s last set of television tapings. AEW tested everyone and had no positive test results. You might not have seen it in the photo, but Jim Ross probably had a big smile on his face.