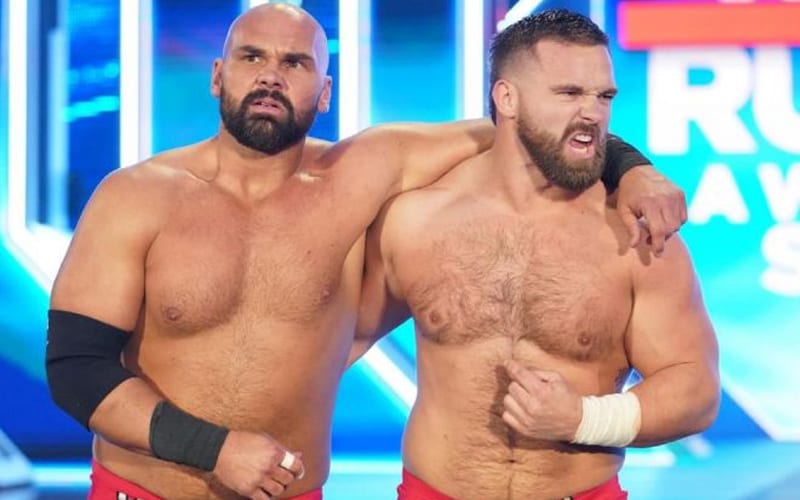 The Revival have declared their new names outside of WWE are Cash Wheeler and Dax Harwood. They have not officially revealed their team name as The Revolt, but new Fear The Revolt merchandise gave fans that idea.

There was some controversy within the North Carolina indie scene over The Revolt name. Caleb Konley and Zane Riley are already The Revolt. PW Insider now reports that they have sent a 10-page cease and desist letter to The Top Guys over this name.

Within the pages of this cease and desist that was sent on May 10th, it is argued why The Revolt is not a name that belongs to Cash and Dax.

“The Revolt are well-known in the independent professional wrestling circuit and are the current PWX World Tag Team Champions.   Mr. Burnett and Mr. Riley sell a range of Revolt-branded merchandise including t-shirts, hats, and DVDs, as shown in Exhibit B. The Revolt has been their passion for years and they have literally put their blood and sweat into building The Revolt brand and connecting with their fans.”

Dax Harwood and Cash Wheeler have not debuted as a team in any pro wrestling organization yet. #FTR is being teased on Being The Elite, but it’s unclear when that match will happen in AEW. They could just be teasing fans for the sake of gaining attention.

It will be interesting to see what name Dax and Cash use when they do reappear.