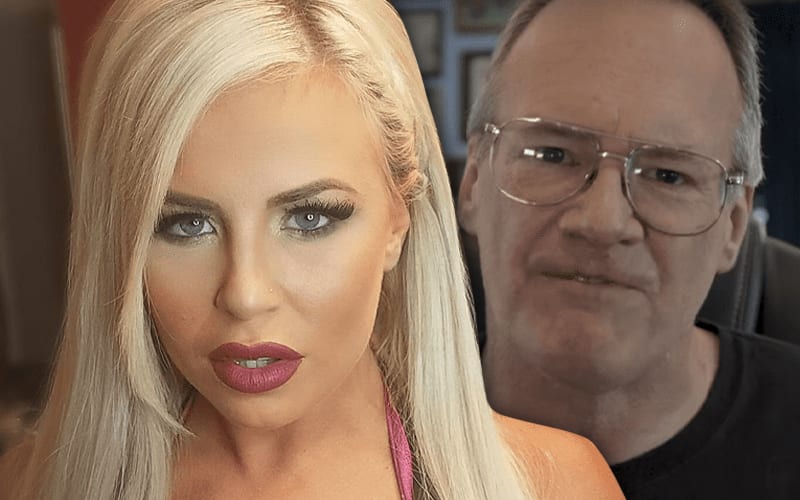 Jim Cornette brought the fury from another WWE Superstar. This had nothing to do with what he said about Becky Lynch’s pregnancy either.

Dana Brooke heard what Cornette said about her on a recent podcast. Cornette said that it appeared Brooke’s face caught on fire and someone put it out with an axe.

Brooke didn’t take this criticism very well and offered for Cornette to say that to her in person next time. This was followed by a plea to stop spreading so much hate.

how about you stop hiding behind a keyboard and come say it to my face!! Cause I doubt you would when you see me in person MARKKKKKKK – how about .. STOP SPREADING HATE & spread positivity!

It’s unlikely if Jim Cornette will take Dana Brooke up on her offer. At least more eyes are on him after yet another controversy.

Jim Cornette is a polarizing individual. How would you describe him in one word? Sound off in the comments below!!

Scroll back to top wpDiscuz
4
0
Would love your thoughts, please comment.x
()
x
| Reply
You are going to send email to