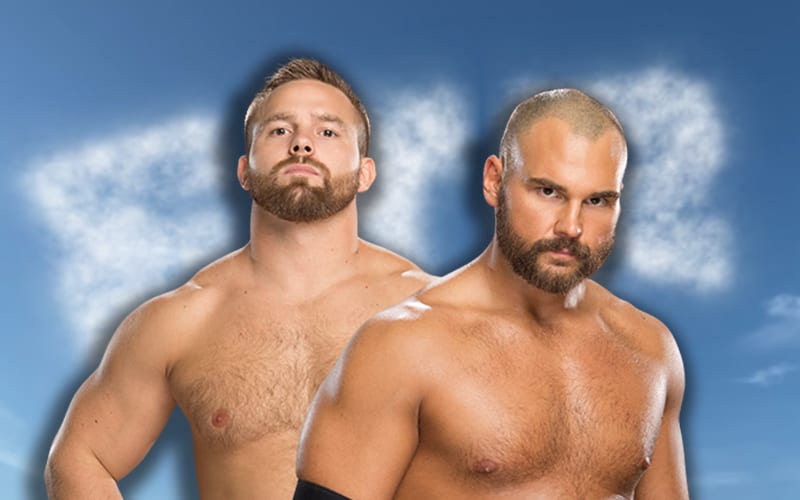 The Revival are no longer with WWE. They changed their names to Cash Wheeler and Dax Harwood. A lot of people assume their new team name will be The Revolt. That is already a team name in the North Carolina area. They have not made their new name official yet.

The Top Guys used a popular attorney of AEW to register some trademarks. A lot of fans assume they’re headed to AEW. Let’s see what they have in store next.

Both members of the former Revival were given immediate releases. AEW Double Or Nothing is coming up on May 23rd. The company plans to start recording new television content in the first week of May.

During the closing moments of Being The Elite this week, The Young Bucks saw something in the sky. They looked up and “FTR” was written in the clouds.

The episode cut off after that, but the message is clear. The Top Guys seem to be teasing All Elite Wrestling, or at least the Young Bucks want fans to think that.