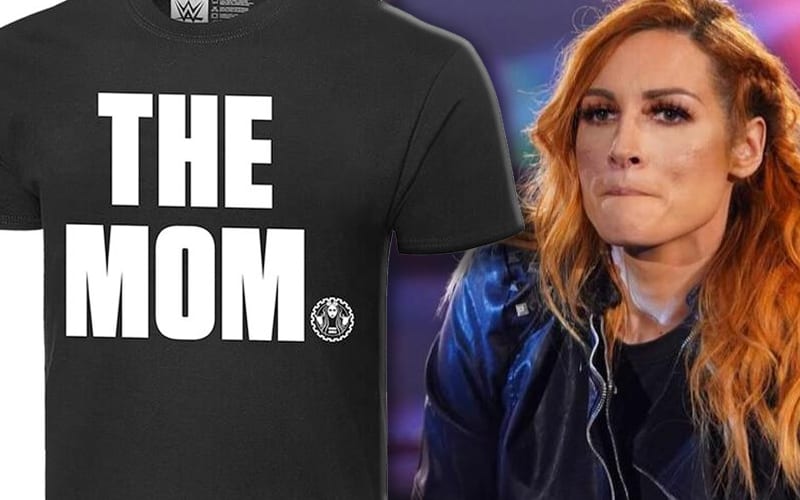 Becky Lynch had a big announcement to make on WWE Raw this week. Things will never be the same for her career because she has to go away for a while. The Man is becoming The Mom.

WWE celebrated Lynch’s big announcement by dropping some new merchandise. That is generally how they give attention to anything. “The Man” t-shirts are now “The Mom” or “The Ma” depending on which you prefer.

When Becky Lynch saw what WWE did to her The Man t-shirt design, she couldn’t even be mad about it.

“Can’t even be mad at it cause I need formula money.”

This is a funny comment from Becky Lynch. Hopefully, she will be able to maintain the same chipper mindset throughout the remainder of her pregnancy.

We are all very happy for Becky Lynch. Jim Cornette has a much different viewpoint on the situation.

Seth Rollins stated that December can’t come soon enough when he revealed a photo of The Man taken just after she realized she was going to be The Mom. It’s unclear when Lynch will return to WWE, but she’s apparently planning on going the formula route to feed her baby.